Trump to 'work from hospital' for next few days, says 'doing well'

United States President Donald Trump arrived at the Walter Reed military hospital on Friday from where he will work for the next few days, his spokesperson said. "Out of an abundance of caution, and at the recommendation of his physician and medical experts, the President will be working from the presidential offices at Walter Reed for the next few days," White House Press Secretary Kayleigh McEnany said on Friday, a day after he was tested positive for COVID-19.

"President Trump remains in good spirits, has mild symptoms, and has been working throughout the day," she said, adding that he appreciates the outpouring of support for both him and the the First Lady.

The President flew to Walter Reed medical hospital in Bethesda, a Maryland suburb of Washington, DC.

Earlier, president's physician Sean Conley, in a memo released by the White House, said as a precautionary measure the President received a single 8-gram dose of Regeneron's polyclonal antibody cocktail.

"He completed the infusion without the incident," Conley said.

In addition to the polyclonal antibodies, the president has been taking zinc, vitamin D, famotidine, melatonin and a daily aspirin, he said.

"As of this afternoon the President remains fatigued but in good spirits. He is being evaluated by a team of experts, and together we will be making recommendations to the president and first lady in regards to next best steps," the President's physician said.

Dr Conley said First Lady Melania Trump remains well with 'only a mild cough and headache', and the remainder of the first family 'are well and tested negative for SARS-CoV-2 today'.

Trump, in a video shared on Twitter on Friday evening, said he thinks that he is 'doing very well' and thanked people for their support.

"I want to thank everybody for the tremendous support. I am going to Walter Reed hospital. I think I'm doing very well but we're going to make sure that things work out," Trump said in a short 18-second video that he tweeted moments after he arrived at the Walter Reed military hospital.

"The first lady is doing very well. So, thank you very much. I appreciate it. I will never forget it," said the President.

Earlier, the President walked from his residence to take Marine One at the South Lawns of the White House to travel to Walter Reed hospital. 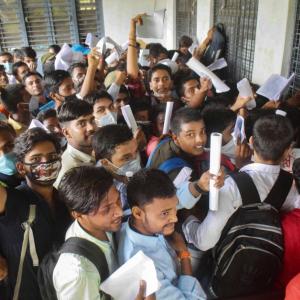 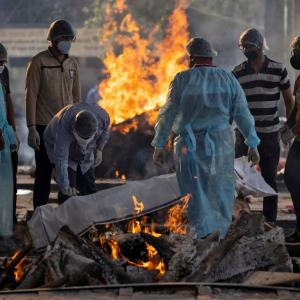