A local court in Ahmedabad on Monday allowed Zakia Jaffery to examine documents submitted by the Special Investigation Team to it in relation to closure report against Gujarat chief minister Narendra Modi and others in 2002 riot cases.

Zakia, wife of former Congress member of Parliament Eshan Jaffery killed in the Gujarat riots, on Monday filed a revised application in the court of metropolitan magistrate B J Ganatra saying that many documents submitted by the SIT to her were in bad condition and not readable.

Besides, she also listed around 85 documents which she claimed were missing from the SIT report. SIT had filed a closure report in the metropolitan court on the complaint of Zakia against Modi and others. The Supreme Court in its order had said that if the SIT filed a closure report, then it should give it's copy and all the relevant documents to Zakia.

Accordingly, SIT had given its closure report and all the related documents to Zakia. However, during the last hearing, she had filed an application saying that the SIT report was incomplete and at least 18 important documents were missing from it.

In a revised application submitted in the court on Monday, Zakia contended that as many as 85 important documents were missing from the 22,000 page report submitted by SIT to her.

Zakia's lawyer also submitted that many documents given by SIT to them were unreadable. SIT lawyer R S Jamuar said that Jakia could examine the original copies that were submitted to the court.

Zakia then sought the permission of the court to examine documents which are in its custody. The court has allowed her to examine the documents in presence of SIT officers.

The court has scheduled further hearing in the case on June 7. 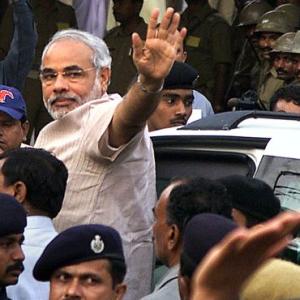