A Delhi court on Saturday deferred till January 21 hearing on arguments on taking cognisance of the charge sheet filed by the National Investigating Agency against David Headley and eight others for planning and executing terror strikes in India, including the 26/11 Mumbai attack.

The court, while posting the matter for January 21, asked the counsel for NIA and its officials to bring all relevant documents on that day.

"As per the challan, there are nine accused, none of the accused has been arrested. Arguments on question of taking cognisance have been heard in part. A number of documents have been referred. In order to facilitate proper appreciation of arguments it is necessary to have the relevant documents.

"The IO has assured that all relevant documents shall be referred to during the arguments on the next date of hearing," said Special NIA Judge H S Sharma.

Besides them, two serving Pakistani Army officials -- Major Iqbal and Major Sameer Ali -- believed to be working for ISI, were also named in the charge sheet filed before the court.

The NIA has also filed an application under section 166A of the CrPC, seeking permission for a letter of request to the competent authority for investigation in a country or place outside India.

The court also listed the application for January 21.

The NIA filed the charge sheet after two years of probe by the central agencies. It had registered a case against Headley and Rana, 50, but after a thorough probe and testimony of Headley to NIA, seven other names were included in the case.

The charge sheet gives details of the 293 days stay of Headley in India and his involvement in carrying out surveillance of places of iconic installations, which includes his recce of Mumbai before the 26/11 terror strikes.

The voluminous charge sheet mentions the fake plea made by Rana to the Indian authorities about Headley being a representative of his Immigration Law Centre.

It refers to Rana's meeting with 40-year-old Pasha, a former Pakistani army officer, in Dubai and his sudden exit from India barely five days before the Mumbai terror strike.

Both Headley and Rana are at present in the custody of US authorities and NIA has only got a limited access to Headley, who had entered into plea bargain with US authorities to escape harsh sentence.

The charge sheet said that Headley attended several basic and specialised terrorist training programmes of LeT. The immigration business of Rana came in handy, as a front office was opened in India for launching Headley in this country.

Headley also collected information and videos of places, including but not limited to different Chabad houses in India, Bhabha Atomic Research Centre, Mantralaya and Air India building in Mumbai and National Defence College, it said.

He befriended several individuals, who had no knowledge about his activities, during his stay in Mumbai for carrying out reconnaissance of important places in India, it said. 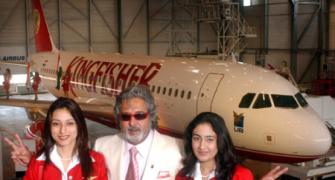 Real-time online tracking: A boon or a bane?