A Delhi Court on Friday acquitted an alleged militant of Khalistan Liberation Force of charges of setting off a blast near the headquarters of Indian Youth Congress in New Delhi in 1993 targeting then IYC president M S Bitta.

Nine persons were killed and 29 others including Bitta were injured on September 11, 1993 when an explosives laden car went off outside the IYC office at Raisina Road in New Delhi.

The accused Harneik Singh was acquitted of all the charges by Additional Sessions Judge J R Aryan. The trial against Harneik was stalled for almost 10 years as he was declared a proclaimed offender.

After being arrested in 2004, he had denied his involvement in the blast while he was recording his statement before the court. He had been charged under various provisions of the TADA and the IPC dealing with the offences relating to murder, attempt to murder, waging war against the government and using deadly explosives.

The court, which did not provide the copy of the judgment to the accused, allowed the plea of defence counsel that the prosecution could not substantiate the allegations that it was Harneik who had taken part in the execution of the blast.

The confessional statement of co-accused Devender Pal Singh, who had been awarded death penalty in the case, cannot be used against Harneik Singh as sole ground to drive home his guilt, defence counsel M S khan had argued.

Earlier in 2001, co-accused Davender Pal Singh was convicted and sent to gallows by the lower court for his involvement in the terror strike. However, another accused Daya Singh Lahoria was acquitted for want of evidence.

The police had arrested Harneik in Ludhiana in 2004 and later on his disclosure statement, Baldev Singh was arrested. The trial against the two started in 2004. While framing charges against Harneik under the Terrorist and Disruptive Activities (Prevention) Act (TADA) and the IPC, the court had discharged Baldev Singh saying there was no prima facie evidence against him.

The FIR, lodged with the Parliament Street police here, said the terrorists used the timer device to explode deadly RDX kept in an Ambassador car outside the Indian Youth Congress office at Raisina road. 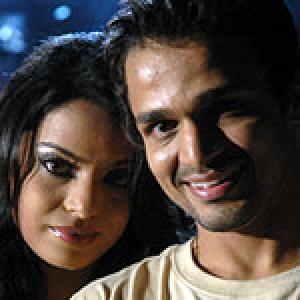