Dhumal or Virbhadra? Counting of votes for Himachal polls on Monday 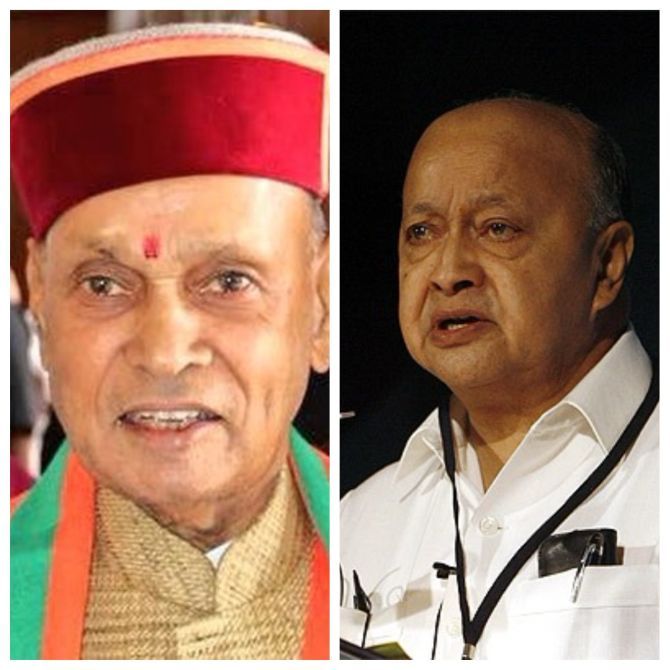 The fate of 337 candidates including Chief Minister Virbhadra Singh and his predecessor Prem Kumar Dhumal will be known on Monday as counting of votes is taken up in Himachal Pradesh where traditional rivals BJP and Congress have contested all 68 seats.

The hill state witnessed a record 75.28 per cent turnout and pollsters have predicted a BJP victory.

Adequate security arrangements have been made for counting which would start simultaneously in all 68 constituencies at 42 counting centres.

Corruption was the main focus of the BHaratiya Janata Party campaign with the party training its guns at Chief Minister Singh, while the Congress hit out at the BJP over the issue of GST and demonetisation.

The Bahujan Samaj Party contested 42 seats followed by the Communist Party of India-Marxist 14, the Swabhiman Party and the Lok Gathbandhan Party six each and the CPI-3.

There are 25 Congress, 28 BJP and four independent MLAs in the outgoing house while one seat was lying vacant after death of former minister Karan Singh from Banjar.

While the BJP is confident of winning the polls with a comfortable majority, the Congress has rejected the exit-polls and claimed that it was all set to repeat.

He said wire mesh barricading has been done at counting centers and there was a separate entry passage for counting staff and counting agents.

Videography and CCTV coverage will be done in all counting centres. 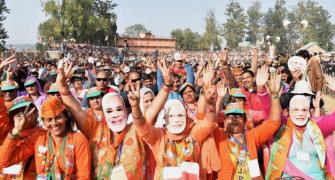 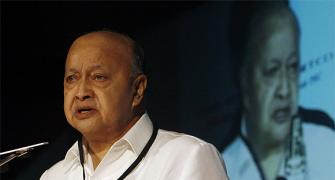 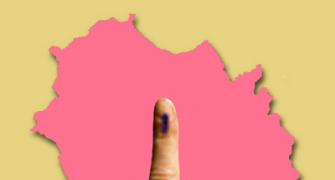 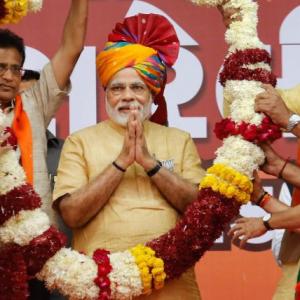 Exit polls give clear majority to BJP in Gujarat, Himachal 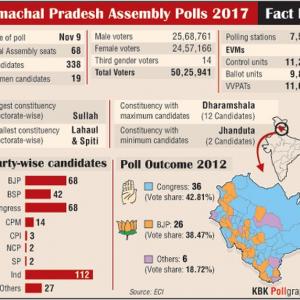