'Corruption should be legalised' 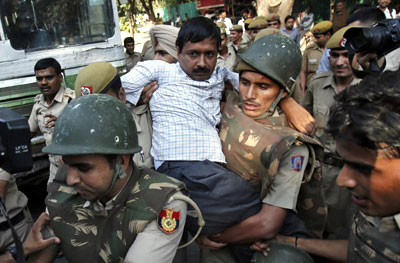 'Like people say in China they have legalised corruption. You have to pay commission for everything and commission is legalised. People say the same should be done in India, then corruption will not be a problem.'

'It will be an acceptable route and bribes can be paid by cheque.'

Badri Narayan, one of India's leading thinkers, in an outspoken interview.

Badri Narayan is one of India's out-of-the-box thinkers.

A leading voice on Dalit and subaltern issues, and identity formation, Professor Narayan is the project director of the Dalit Resource Centre at the G B Pant Institute of Social Science in Allahabad, and has written the well received Women Heroes and Dalit Assertion in North India and Fascinating Hindutva -- Saffron Politics and Dalit Mobilisation.

In the second part of an eloquent interview with Rediff.com's Archana Masih, he speaks about how the reservation policy has benefitted individuals rather than the community and why it may be another 100 years before a Dalit middle class emerged.

Part I of the interview: 'We're emerging as a superpower bhagwan bharose'

How has the image of India changed outside the country in the past two years?

There is corruption in governance, but the world sees that the Indian nation is growing despite that because it has a huge population and will emerge as a superpower.

As an intellectual observer and a student of India, how despondent are you about corruption in India?

It is a big problem for the Indian nation. It is not confined to one party. Every party has the same kind of characteristic. Everyone wants money because of globalisation, the flow of money and consumerism. 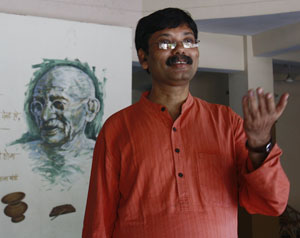 Left: Professor Badri Narayan at his office at the G B Pant Institute of Social Science in Allahabad. Photograph: Rajesh Karkera/Rediff.com

Corruption is a part of our system. It is a reality.

Like people say in China they have legalised corruption. You have to pay commission for everything and commission is legalised. People say the same should be done in India, then corruption will not be a problem.

It will be an acceptable route and bribes can be paid by cheque, where a certain percent can be paid.

That may be one argument, but there is a moral argument as well, which is why do we have this corruption? But if the whole system is centered on corruption, if nothing moves without corruption, in that case corruption should be legalised.

What are your thoughts on the quota in promotions?

Actually, no one is opposed to reservation in promotion or for that matter anywhere. Because reservation is a very legitimised moral position. You have to support it because you want to help the community to progress.

But I feel that we could have done without reservation also. It was not needed.

What was needed was to bring in a lot of lecturers at the initial entry level. Those lecturers would have become professors in seven years, they would have to be promoted -- nobody can stop that.

The problem was that they were late entrants in that corridor. The problem is not whether you are going to give reservation in promotion or not, the problem is in the better implementation of the policy.

The problem is that they have to be built up at the student level to become good academicians and then try to bring them to the lecturer level. The problem is in the students we are creating.

The problem is in the whole academic culture. We have to first develop those students.

How do you see this quota system panning out?

You can have as much quota as possible, but it has to be implemented properly. Implementation is at two levels: 1. Trying to bring in good people and 2. Creating and preparing good people.

So the challenge is in creating that environment... The reservation debate is a very polarising one. It leaves the middle class very agitated to see merit being superseded by quota.

I am not against quotas. The Mandal Commission Report was implemented around the 1980s and before that reservation was started through our Constitution, but in spite of that if you can't get professors, you won't get it by bringing in quotas in reservation. Even in this only those who have become lecturers will become professors.

The creamy layer will always take advantage. But we haven't been able to create potential candidates.

There is also the reality that in higher posts there aren't many Dalits.

There are many in the IAS from the Dalit community these days. But that will not solve the problem because they will not pay back to the community. They exist as an atomic individual, not as a community.

We are giving the reservation policy to individuals rather than the community.

The reservation policy has to be maintained properly and implemented properly. The implementation is at three levels -- 1. School level 2. Creating a good environment in colleges and 3. Bringing them to the university level to become professors. Like Hyderabad University has good Dalit professors.

So reservations are here to stay? It's not as if 20, 30 years later it could be done away with?

You can't. Democracy is like this. They have developed a group which is dominant in politics. If you want to make certain changes -- you can't. You will have to support it the way it is working.

They are not even critically thinking about their own creamy layer which is getting all the benefits. That creamy layer is dominant, they are their voice, they speak for the community.

So they have a vested interest and don't want any change in the system.

There is no option, no alternative. You have to continue like this. You have to prepare the creamy layer and through them you have to show the development.

That creamy layer will take the benefit for a very long time and slowly it will trickle down; and maybe after 100 years you can find a middle class of Dalits.

It sounds very discouraging that it will take that long.

In UP, Mayawati, a Dalit, was chief minister for ten years. What happened? Only a small percentage of the Dalit community became powerful. Most of them are still knocking on the door of democracy.

And some of those are not even capable to go to the door of democracy. 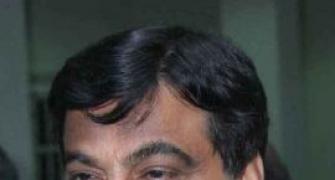 We are not anti-Muslim or anti-Dalit: Gadkari 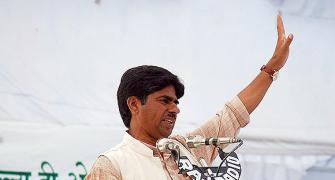 'This is Indian hypocrisy' 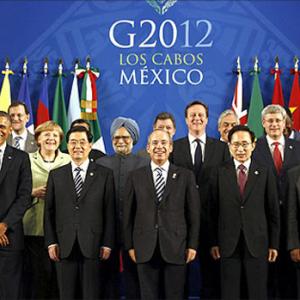 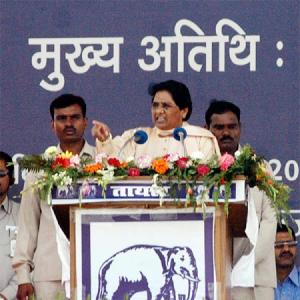 'If it weren't for Ambedkar, Mulayam would be rearing cows'