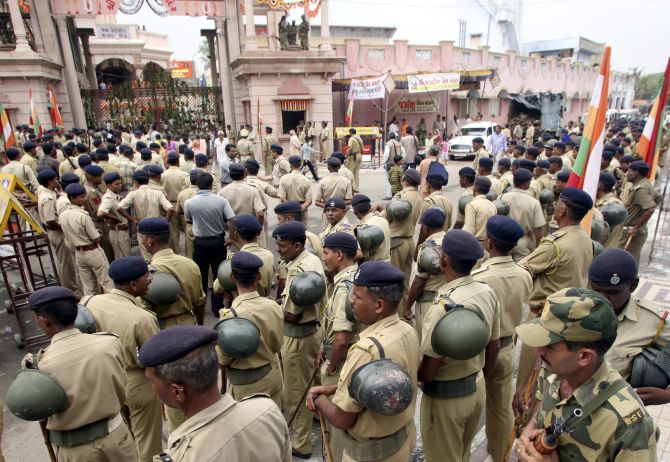 The Supreme Court said on Wednesday that no policeman should enter the Jagannath temple at Puri 'with weapons and shoes' after the issue was brought to its notice following the October 3 violence at the famous shrine.

A bench of Justices Madan B Lokur and Deepak Gupta took note of the violence which took place during a protest against the introduction of queue system for devotees at the temple.

A lawyer, representing an organisation which has filed an application for intervention in the matter, alleged in the apex court that during the violence, policemen had entered the temple with guns and boots on.

"Last time, in Golden Temple, the Army had entered. We know that," the counsel said.

To this, the bench said, "Do not compare it with Golden temple."

The bench then asked the counsel appearing for the Odisha government, "Tell us, is it a fact that police has gone there with guns and all?"

The Odisha government's counsel termed the allegations as 'absolutely false' and said no policeman had entered the temple as the incident had taken place at the office of Shree Jagannath temple administration which is situated around 500 metres from the main temple.

He told the bench that the administration's office was attacked and ransacked during the violence and 47 persons have been arrested so far.

The lawyer representing the temple administration also told the bench that no policemen had entered the temple and a mob had attacked their office and destroyed several files lying there.

The bench asked the counsel appearing for the parties to file their responses to the plea filed by the organisation seeking to intervene in the matter.

"You file your reply. Please tell the police not to enter there with guns and boots," the bench told the state's counsel.

During the hearing, the state government told the bench that situation there was under control and no violence had taken place inside the temple premises.

"We make it clear that no policemen should entre the temple with weapons and shoes," the bench noted in its order and posted the matter for hearing on October 31.

Nine policemen were injured in the violence that had taken place on October 3 during a 12-hour bandh called by a socio-cultural organisation protesting the introduction of a queue system for devotees visiting the Jagannath Temple, police had said.

The dawn-to-dusk shutdown in the seaside town called by Sri Jagannath Sena had turned violent as a mob barged into the shrine, uprooted barricades erected on Baisi Pahacha and near Singhadwara and ransacked the office of Shree Jagannath Temple Administration (SJTA), they had said.

A temple official had said that the queue system was introduced on an experimental basis and a review would be done as locals and servitors were opposing it.

On July 5, the top court had directed Jagannath temple management to consider allowing every visitor, irrespective of faith, to offer prayers to the deity.

It had said however that allowing of every visitor, irrespective of faith, will be subject to regulatory measures regarding dress code and giving an appropriate declaration.

It had directed the Centre to constitute a committee to look into the issues raised by the district judge of Puri regarding exploitation of devotees, 'abolishment' of hereditary sevaks and appointment of sevaks in the temple.

The court's order had come on a petition filed by Mrinalini Padhi highlighting the difficulties faced by devotees at Jagannath Temple and their alleged harassment or exploitation by the sevaks (staff) of the temple. 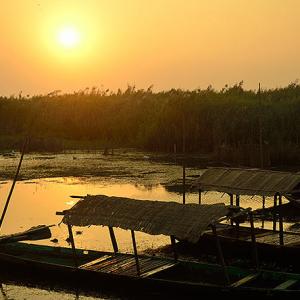 Travel: 5 reasons why Odisha should be on your bucket list These pics of India will take your breath away