Congress will be wiped out soon, says Jagan

Jagan's 48-hour hunger strike in Vijaywada for the calamity-stricken has received support from over a lakh people and 20 Congress legislators. He told his supporters that they should be ready for a longer battle to ensure justice to the farmers, weavers and other weaker sections of the state.

He lashed out at the Kiran Kumar Reddy government in the state, saying the Congress government brought to power by his late father YS Rajasekhar Reddy had forgotten the promises made by him. "What happened to his promise of loans to the farmers at three per cent interest rate," he asked.

Jagan claimed that the last one year had been disastrous for the farmers who suffered one calamity after the other and huge loss of crops. "How are these farmers going to repay their debt," he asked, wondering why the government was not helping these farmers.

Addressing the mammoth crowd at the venue of his hunger strike on the banks of river Krishna, Jagan said that the Congress will be wiped out in the next assembly elections. "Three years will pass in a jiffy and then people will teach the Congress a lesson," he said.

Pointing at the huge turn-out of the people, Jagan's supporter Lakshmi Parvathy described it as a 'real revolution'.

"The Congress should realise that it has lost a very good leader by driving away Jagan from the party. If Jagan opens his third eye, this government will collapse," she said.

Former minister Konda Surekha said that on seeing the response of the people to Jagan's hunger strike, the "Congress was trembling".

She expressed confidence that after seeing the response of the people, the government will do justice to the farmers. 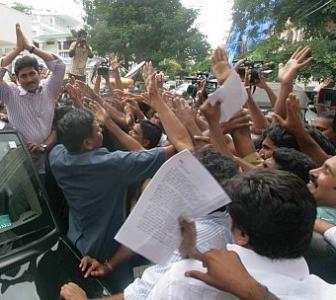 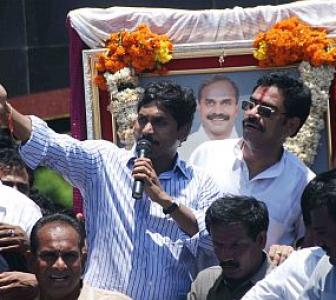 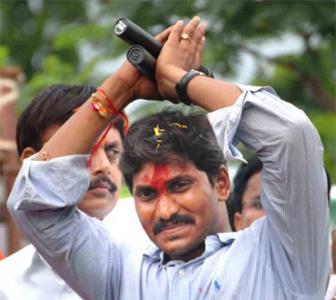 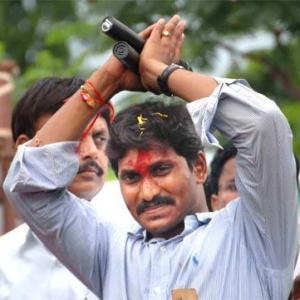