Agitated over its finding in the coal mine allocation issue, Congress on Monday targeted the Comptroller and Auditor General again by utilising the opinion of the Supreme Court on the 2G spectrum issue.

Noting certain observations of the apex court in the 2G case, spokesperson Manish Tewari said, "If the Supreme Court can be so circumspect in its observations, is it not essential that other constitutional bodies, especially the CAG, should follow suit?".

Tewari also recalled that in its earlier judgment on the 2G matter, the Supreme Court had refrained from commenting on the "hypothetical loss" figures computed by the CAG.

The party also took a dig at the Bharatiya Janata Party, hoping it would react with sobriety on the order and would "not raise post-retirement judicial sinecures".

The remarks were in the context of two-year cool-off period for judges -- before taking up a job after retirement -- proposed by BJP leader Arun Jaitley.

At the same time, party spokesman Manish Tewari downplayed Monday's observations by the apex court -- that the CAG is not a munimji (accountant).

Taking another swipe at the CAG, Tewari also referred to the observations of the former Chief Justice of India S H Kapadia that "loss is a matter of fact and profit or gain is a matter of opinion".

Asked about the apex court's observation -- that the CAG is "not a munimji" and it is his primary duty to scrutinise the effective use of resources and it was for Parliament to accept or reject his reports -- Tewari played down the observations.

"It is not proper to comment on obiter dicta (observations made by judges which are not part of the judgment). I don't know whether the Supreme Court has said it in writing or not. But we should also remember that the same court also noted that if the CAG exceeded the brief, Parliament can look into it," he said. 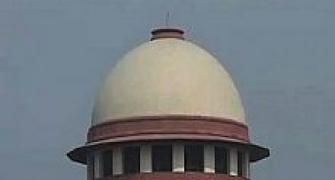 Don't use my name for your party: Hazare to Kejriwal