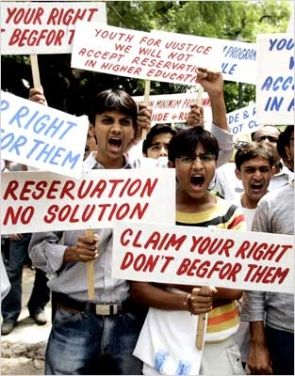 Under attack over Janardan Dwivedi's pitch against reservation on caste lines, the Congress and the government on Wednesday distanced themselves from the senior leader’s remarks, saying it was his "personal" view and they support, adhere and subscribe to the existing policy.

While maintaining that Dwivedi is an "extremely seasoned and experienced" politician, party spokesperson Randeep Surjewala said, "His statement on the issue of caste-based reservation or absence thereof is his personal opinion. The Congress continues to adhere to, subscribe to and support the existing reservation policy as on today. There is no re-thinking or change in our stand."

The Samajwadi Party and the Bahujan Samaj Party, which are supporting the United Progressive Alliance government from outside, created an uproar in Parliament to protest against the remarks.

The Bharatiya Janata Party and the Shiromani Akali Dal have questioned the timing of the Congress leader's statements as it has come ahead of the Lok Sabha polls.

Amid an uproar in Parliament over the issue, Minister of State for Parliamentary Affairs Rajiv Shukla said in the Rajya Sabha, "The government is not considering any proposal to provide reservation based on economic criteria. The reservation as it stands today will continue as per constitutional provision."

Dwivedi, who is a member of the Upper House, was present when Shukla made the clarification.

At the All India Congress Committee briefing, Surjewala faced a barrage of questions, with reporters seeking to know whether the AICC was condemning Dwivedi's remarks as he was the one who has been advocating the enforcement of discipline in the party.

"I have noted your question," was the refrain of Surjewala.

Replying to questions including whether the idea of reservation on the basis of economic status is under consideration in the party, Surjewala said, "Economic reservation is not conceived in our constitutional system as it is today."

Pressed further, he said that the Congress' position on the issue of reservation is what the party has painstakingly carried out, defended and taken forward so far, be it for Other Backward Classes or the Scheduled Castes.

A party leader, speaking on the condition of anonymity, said, "There is no confusion on the reservation policy in the Congress. As far as the party is concerned, we stand by the existing policy. But reservation has been a contentious issue and there are different shades of opinion on it in all parties."

Image: A protest against caste-based reservations 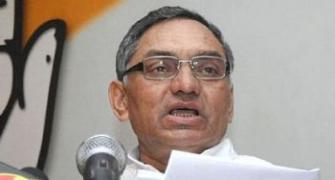 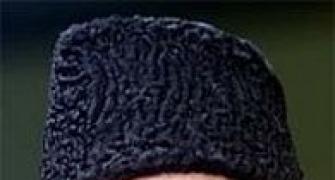 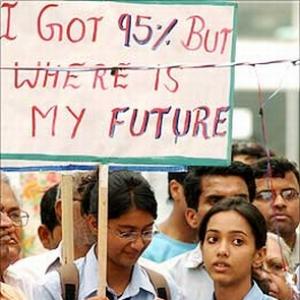 End to OBC/SC quota? Not so fast, say Opposition parties