Congress reforms: 50% tickets to those below 50 yrs of age

The Congress on Sunday said starting 2024 Lok Sabha elections, half of its tickets will be given to those below 50 years of age and retirement age will be fixed for those in Parliament, state legislatures and other elected posts. 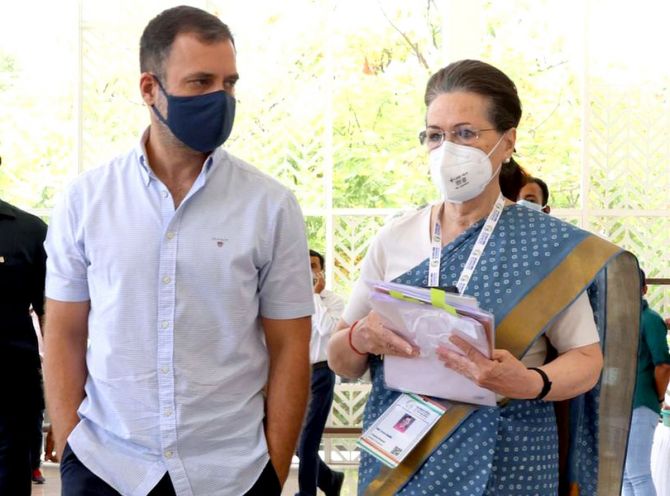 The bold decisions are part of the Congress 'Nav Sankalp' declaration that was adopted at the end of the three-day 'Chintan Shivir in Udaipur, indicating that the party has chosen to put its weight behind the young leadership after a prolonged old-versus-new tussle.

The exit of several young leaders from the Congress in recent years had been attributed to the party's old guard failing to address the aspirations of the so-called 'gen-next' leaders.

While adopting the 'Nav Sankalp' declaration, the party said exactly 80 years ago, in the year 1942, Mahatma Gandhi gave the slogan of 'Quit India' and in 2022, the slogan of 'Jodo India' (Unite India) should be adopted now.

The Congress also decided to press for a constitutional amendment to provide 33 percent reservation for women in Parliament, legislative assemblies and legislative councils and get it passed at the earliest to ensure the empowerment of women so that females in every category should get the benefit of proportionate reservation.

The party also resolved to raise the demands of SCs/STs/minorities and OBCs across the country through the organisation, and as a first step, it would pitch for an SC-ST sub-plan with legal recognition in the budgets of the central and provincial governments.

'At the organisational level, 50 percent of the posts should go to colleagues below 50 years of age. The youth group also concluded that a retirement age be fixed in Parliament, legislatures, legislative council and all elected posts.

'In future party governments, 50 percent of people below 50 years of age should occupy positions. More experienced people should be used for strengthening the organisation. Beginning with the 2024 parliamentary elections, at least 50 percent of party tickets be granted to those below 50 years of age in parliament, legislatures, legislative councils and other levels,' the resolution said.

This will also help in the spread and expansion of the party among the youth, it said.

The 'Social Justice and Empowerment Group' lamented the 'conspiratorial injustice and discrimination' against the exploited, deprived, backward, poor and minorities of the country and resolved to raise their voice and demands across the country through the Congress organisation.

'It was resolved by the Indian National Congress to run a 'Leadership Mission' for the creation of new leadership of the deprived sections in the SC-ST reserved parliamentary and assembly constituencies.

'Due to the hostile atmosphere sponsored by BJP, it is also necessary that the Congress party should create a sense of harmony in the localities of minorities, SC, ST, OBC by running a special 'Sadbhavna Mission,' it said.

A 'Social Justice Advisory Council' should be formed in the All India Congress Committee to strongly raise the voice of SC-ST, OBC and minority communities, to focus on their problems and to give proper place to their leadership, which will guide the Congress President in this regard.

'For the empowerment of women, a constitutional amendment of 33 percent women's reservation in Parliament, Legislative Assemblies and Legislative Councils should be passed at the earliest and women of every category should get the benefit of proportionate reservation,' it said.

The Indian National Congress is determined to create a 'Special Health Mission' for the tribals and protect the 'pattas' (land ownership document) of the tribals, it further said.

The youth group also held extensive consultation on the new education policy and alleged that the provisions deprived the children of poor and exploited classes of equal rights, and will increase the gap between rich and poor.

It also criticised the central government for 'deliberately' not making public the caste census data of backward classes and alleged the goal behind this is to deprive the backward classes of their rights.

'It is our resolve that the Indian National Congress will make a decisive struggle for the demand to make the caste census data public and get the backward classes their rights,' the Congress resolution said. 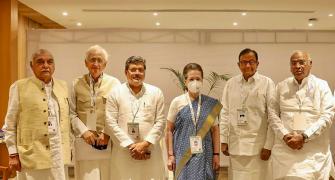 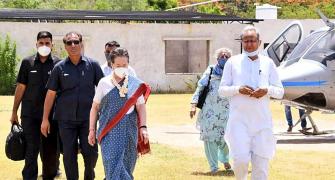 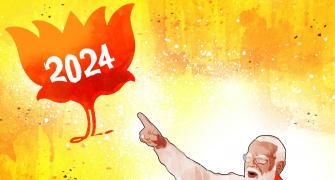 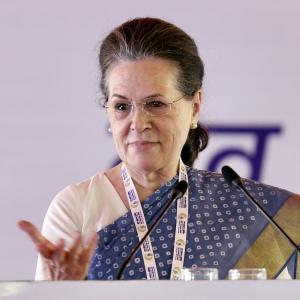 Cong to launch yatra 'from Kanyakumari to Kashmir' 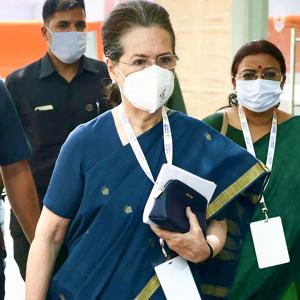