A host of Congress leaders on Wednesday backed their colleague P Chidambaram, facing action in a money laundering case related to INX Media, with Rahul Gandhi accusing the government of using probe agencies and the media to "character assassinate" the former finance minister. 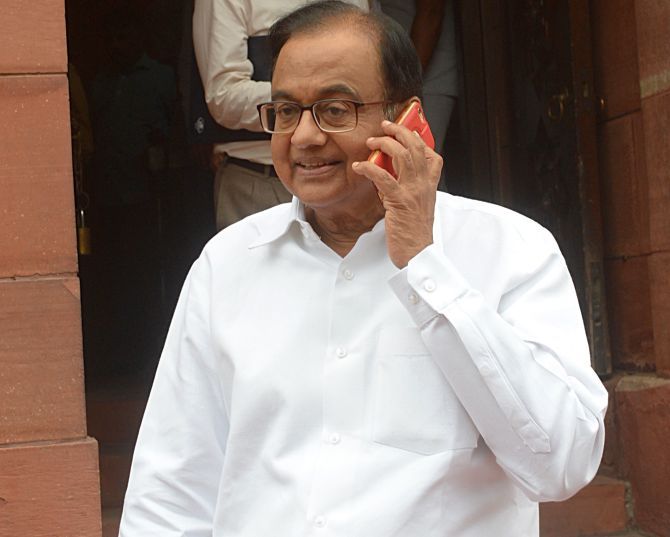 Congress leader Priyanka Gandhi Vadra, who said the party will continue to fight for the truth no matter what the consequences are, the party's chief spokesperson Randeep Surjewala as well as Anand Sharma were among those who stood in solidarity with Chidambaram.

On Tuesday, the Delhi high court refused to grant him any protection from arrest in the INX Media case.

A battery of top Congress leaders, including Kapil Sibal, have presented themselves before the Supreme Court in favour of Chidambaram whose appeal against the high court order rejecting his anticipatory bail plea will be taken by the apex court on Wednesday.

"Modi's Government is using the Enforcement Directorate, Central Bureau of Investigation and sections of a spineless media to character assassinate Mr Chidambaram. I strongly condemn this disgraceful misuse of power," Rahul Gandhi said on Twitter.

Sibal told the Supreme Court that probe agencies posted a notice at Chidambaram's home at 2 am on Wednesday, asking him to appear before them within two hours.

The Enforcement Directorate has also issued a fresh look out circular against the former Union minister.

Priyanka Gandhi alleged that Chidambaram is being "hunted down".

"An extremely qualified and respected member of the Rajya Sabha, P Chidambaram ji has served our nation with loyalty for decades including as Finance Minister & Home Minister," she said in a tweet.

"He unhesitatingly speaks truth to power and exposes the failures of this government, but the truth is inconvenient to cowards so he is being shamefully hunted down. We stand by him and will continue to fight for the truth no matter what the consequences are," she said.

The Congress officially said the party stands in support of its senior leader while accusing the government of "persecuting" its citizens for speaking truth to power.

"A govt that persecutes its citizens for speaking truth to power is only reiterating its own cowardly nature. P Chidambaram is an extremely qualified and respected leader, he has served this nation with dedication & humility. We stand by his quest for truth no matter what," the Congress said on its official Twitter account.

Surjewala tweeted, "India witnesses worst kind of virulent vendetta by Modi Govt as the BJP runs a police state. Judge reserves judgement for 7 months & delivers it 72 hours before retirement, CBI/ED are sent to raid as a respected former FM is hounded. Banana Republic?"

His colleague, senior party spokesperson Sharma, also accused the government of targeting opposition leaders and termed the action of probe agencies against Chidambaram as "political vendetta".

When there are serious allegations against their own leaders, including its chief ministers, who are in office, the same agencies go silent, he alleged.

Sharma said there is not "even a whisper" the moment some leaders facing investigation like Mukul Roy and Himanta Biswa Sharma belonging to non-Bharatiya Janata Party parties defected.

"So there cannot be double standards, it is so glaring. This is not a good image for this country. Mr Chidambaram has been cooperating and joining the investigation as and when he was required. There has not been an occasion when he has not presented himself, so why this tearing hurry tonight. The government and the agencies should also respect the Supreme Court, have faith and wait for the hearing tomorrow," he said.

Another Congress spokesperson R P N Singh echoed him, saying even when there are cases going on against leaders of other parties, the investigations are stopped the moment they join the BJP. 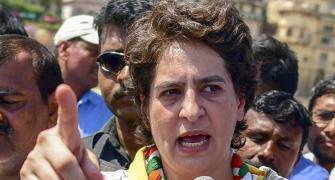 Chidamabaram being shamefully hunted down: Priyanka 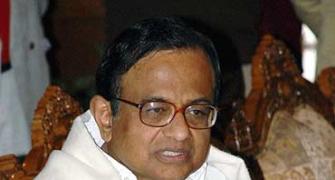 No relief for Chidambaram as CJI to take call on plea