Amid threat to pull out Dravida Munnetra Kazhagam ministers and quit the United Progressive Alliance coalition on the Sri Lankan Tamils issue, party chief M Karunanidhi made a fresh demand insisting that Parliament adopt a resolution incorporating the two amendments he had suggested to the government to be moved on the US-backed resolution at the UNHRC.

Making a brief statement after his talks with government emissaries-- AK Antony, P Chidamabram and Ghulam Nabi Azad, Karunanidhi claimed that the Union Ministers assured him that his demands would be met.

"I tell you this on the belief that they have given me an assurance," he said.

After their two-and-a-half hour talks with the DMK chief, who had threatened to pull out of UPA if his demand on the amendments was not conceded to, Azad said they (ministers) will report back to the Prime Minister Manmohan Singh.

"We discussed threadbare the contents of Mr Karunanidhi's letter to the prime minister and UPA Chairperson Sonia Gandhi," Azad told reporters after emerging from the meeting held at Karunanidhi's CIT Colony residence.

Karunanidhi had on Sunday said he felt "let down" by the "lukewarm" response of the Centre.

One of the amendments was to "declare that genocide and war crimes had been committed and inflicted on the Eelam Tamils by the Sri Lankan army and the administrators."

To a question, he said if whatever his party had desired for Sri Lankan Tamils (such as the amendments) came true, their (Tamils) 'tension' would come to an end.

After threatening to withdraw his ministers from the Centre, Karunanidhi, whose party has 18 Lok Sabha MPs, went a step further warning that his party will pull out altogether from the ruling alliance if it failed to move amendments to the US-sponsored resolution which will come up for voting at the United Nations Human Rights Council at Geneva on March 21.

Joining her arch rival Karunanidhi, Chief Minister Jayalalithaa demanded that the government take "historic" and "courageous" steps to move amendments to the US-backed resolution to "assuage the deeply hurt sentiments" of people.

"To assuage the legitimate sense of outrage and deeply hurt sentiments, it is absolutely important that India takes a strong stand in support of the US-sponsored resolution in the 22nd Session of the UN Human Rights Council and more importantly moves necessary independent amendments to further strengthen the resolution," she said in a letter to Prime Minister Manmohan Singh.

She also recalled that she had earlier twice taken up with him, including in person, the need for New Delhi to take up the issue of war crimes and slapping economic sanctions on Sri Lanka till Tamils were fully resettled. 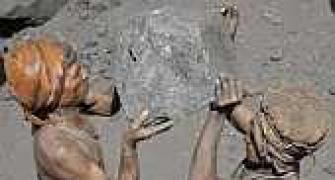 Coalgate: PM should quit, files not given to CBI, says BJP
India calls off defence talks with Sri Lanka 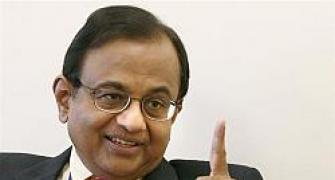 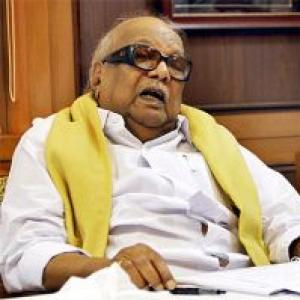 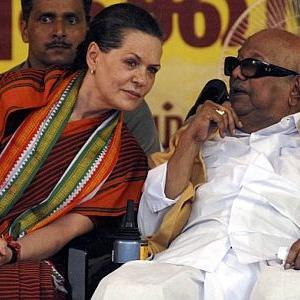