A political slugfest broke out on Wednesday between the Bharatiya Janata Party and the Congress after Prime Minister Narendra Modi’s cavalcade, in a major security breach, got stranded on a flyover, 30 km away from Hussainiwala in Punjab, as a group of protesting farmers blocked his route. 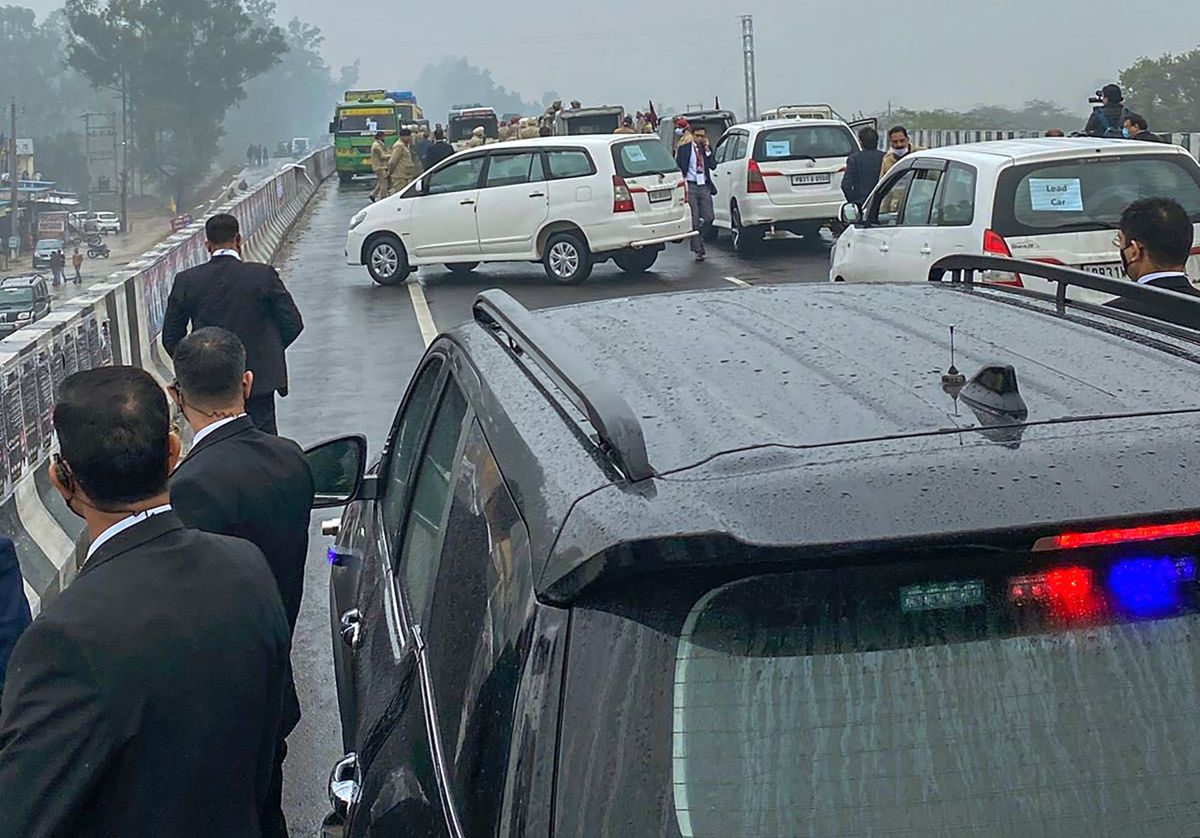 IMAGE: Prime Minister Narendra Modi's convoy stuck on a flyover as the road was blocked by a group of protestors in Ferozepur on Wednesday, Jan. 5, 2022. Photograph: PTI Photo

The Congress said that there was no security lapse during Prime Minister Narendra Modi's visit to Punjab and accused the Bharatiya Janata Party of enacting a petty political drama over a "so-called breach" in the PM's security.

The BJP on the other hand launched an all-out attack on the Congress, alleging it wanted to physically harm him as repeated defeats in elections have taken the party on the path of "insanity".

Top BJP leaders, including Home Minister Amit Shah and party president J P Nadda, lashed out at the Congress, which is in power in the state, over the incident.

Congress general secretary and chief spokesperson Randeep Surjewala said the prime minister had to cancel his rally in Ferozepur as there were no crowds at the event and no one wanted to listen to him.

In his tweets, Shah said, what was witnessed in the state is "Congress-made" and a trailer of how this party thinks and functions.

"Repeated rejections by the people have taken them on the path of insanity. The topmost echelons of the Congress owe an apology to the people of India for what they have done," he said.

Noting that his ministry has sought a detailed report on the security breach in Punjab, Shah said such dereliction of security procedure in the prime minister's visit is totally unacceptable and that accountability will be fixed.

Modi's Punjab visit was cut short as he was stranded on a flyover for 20 minutes due to a blockade by protesters.

According to a Home Ministry statement, after the serious lapse in security, Modi's convoy decided to return without attending an event at a martyrs' memorial at Hussainiwala. The prime minister also could not attend a rally in Ferozepur.

Surjewala said BJP president J P Nadda should stop indulging in the blame game and the saffron party should instead introspect its "anti-farmer" attitude due to which farmers were protesting against the prime minister during his Punjab visit.

His remarks came after Nadda accused the Congress government in Punjab of trying all possible tricks to scuttle Modi's programmes in the state, fearing a resounding defeat at the hands of the electorate.

Rejecting the charge, Surjewala said the BJP is playing a political drama of a "so-called breach" in the security of the prime minister.

He also condemned the remarks made by Union minister Smriti Irani, alleging that she used intemperate language.

The Congress leader said Punjab witnessed an unprecedented political drama by the BJP which has loss written on its face.

"Fearing complete wipeout in the five election-going assemblies, the BJP has tried to create a political drama of a so-called breach in the security of the prime minister. We reject the charge completely and comprehensively," Surjewala said.

"If the farmers suddenly came and blocked the prime minister, should the police have fired at them and killed all of them?'' he asked, noting that doing anything else was unreasonable.

"We would urge the BJP that instead of using intemperate and obnoxious excuses for being rejected by the people of Punjab and UP, let's play politics and let's not bring down the prestige of the office of the prime minister by making such statements. Let's not bring down the prestige and the position of the prime minister by petty political drama in politics," he quipped.

Surjewala said these protesters were not terrorists and were agitating against the "anti-farmer" mindset of Modi and the BJP.

"There was a lag of 15 minutes in them being physically removed and the prime minister saw this opportunity to cancel the rally in which there were no people," he said, adding that there was no threat to Modi.

"Punjab's people are neither Khalistanis nor terrorists. I condemn any such linkage," he said, rejecting insinuations of "connivance" between protesters and police.

Responding to the allegations levelled by Nadda, he said, "Stop losing cool and all sense of propriety. Please remember - 10,000 security personnel were deployed for the PM's rally. All arrangements were made in tandem with SPG and other agencies."

He claimed the route was carved even for all buses of BJP workers from Haryana and Rajasthan, and the prime minister decided to take a road journey to Hussainiwala.

"The reason for cancelling the rally is that there were no crowds to listen to Modiji. Stop the blame game and introspect on BJP's anti-farmer attitude. Hold rallies but listen to farmers first," Surjewala said.

He also said that the Kisan Mazdoor Sangharsh Committee has been protesting against the prime minister's visit. It is demanding the sacking of MOS Home Ajay Misra Teni, withdrawal of criminal cases against farmers in Haryana, Delhi and UP, compensation for the kin of 700 farmers who died and formation of a committee on MSP and a quick decision.

Earlier in the day, Irani launched a scathing attack on the Congress over the breach in the prime minister's security and alleged the ruling party in Punjab "tried to physically harm him".

She also alleged that police functionaries were "directed to breach the security of the Prime Minister of India and bring him physical harm".

When asked about "how's the josh comment" made by Youth Congress national president BV Srinivas, Surjewala said no Congress person should be tweeting or commenting upon the prime minister's rally in this fashion.

BJP national general secretary Tarun Chugh, who is from Punjab, said what happened in the state was a matter of shame for the Channi government.

He alleged that Channi and Punjab Congress president Navjot Sidhu had joined hands with subversive and anti-national forces to foil the democratic right of the prime minister and the BJP to address public meetings.

Lashing out at the Congress, BJP general secretary (organisation) B L Santhosh said, "Politicisation of administration and police reaches new low under Congress in Punjab today. After the Emergency in 1975, it has committed the second grave mistake today. Hon'ble PM's security was compromised. Congress and the leadership will pay for this heavily in days to come." 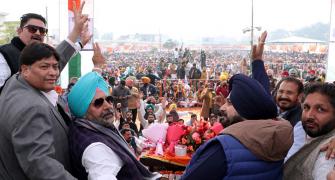 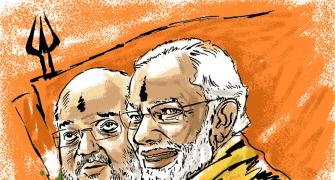 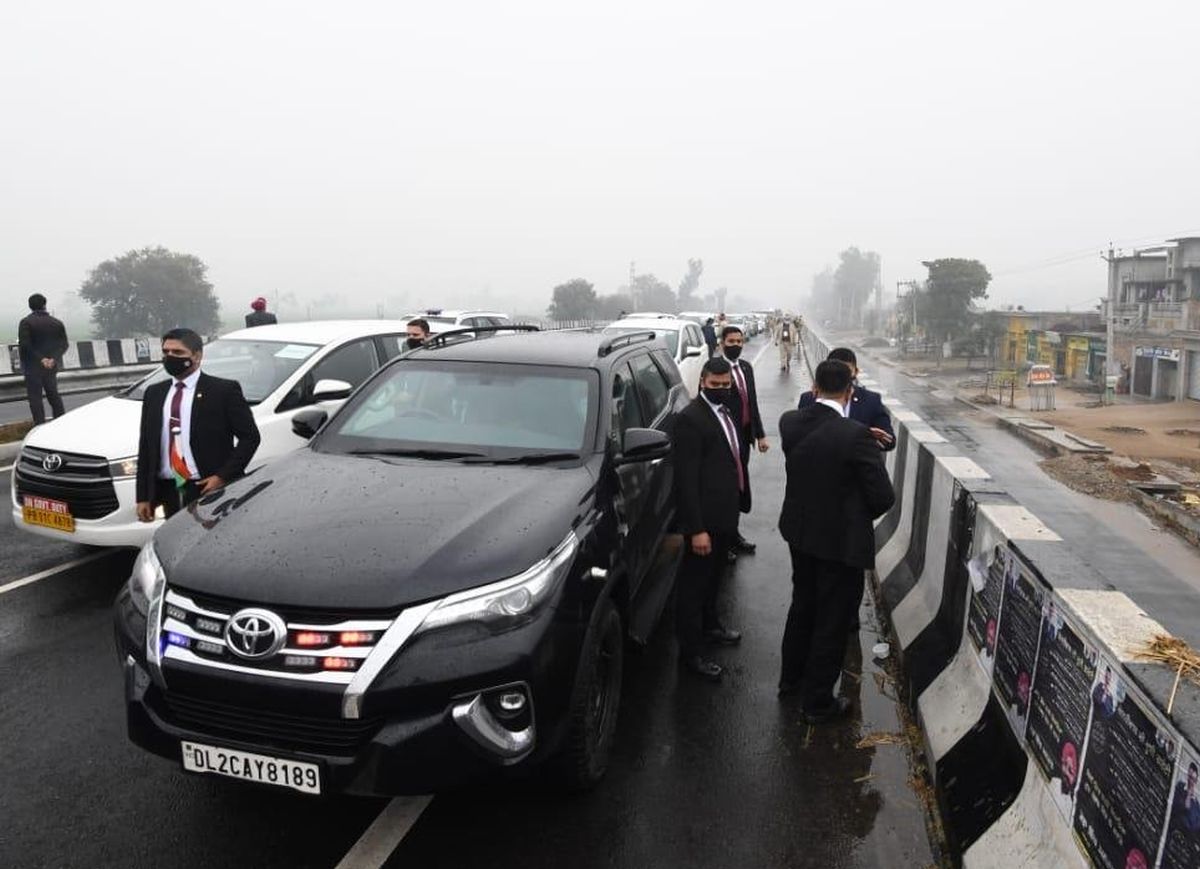 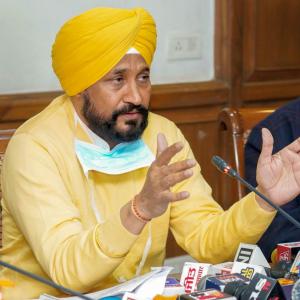