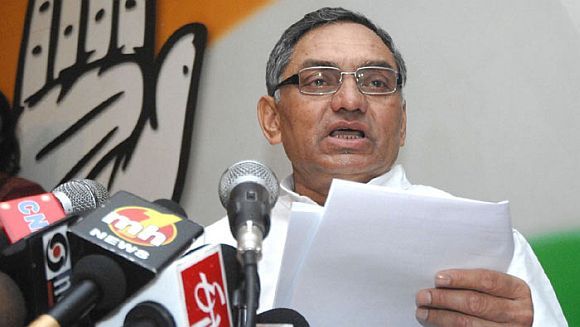 The Congress on Saturday hinted that declaration of Rahul Gandhi as prime ministerial candidate cannot be ruled out, dismissing as "personal opinion" certain comments of senior leader Digvijay Singh in this regard.

"Individuals may have their personal opinions, but on such issues final decision is taken by the party only. The party has declared in Jaipur at the time when Rahul’s appointment as vice president was announced that the question of campaign and leadership will be decided by it later. No time frame was announced", party General Secretary Janardan Dwivedi told mediapersons.

He was replying to a question on the hint given by Singh that declaration of Gandhi as PM candidate ahead of polls is unlikely. "We do not have a presidential form of government. The Congress does not declare PM or CM candidates before elections. Even in the Karnataka assembly elections we had not declared any CM candidate," Singh, who is also a party General Secretary, had said in an interview.

Singh had said this while replying to questions why Congress was diffident about projecting Rahul, why it should not project him and who is the PM candidate of Congress. Party leaders have been saying in private that Rahul is the natural choice as PM candidate given the fact that as party vice president he was number two in the organisation after party chief Sonia Gandhi who has renounced prime ministership some 10 years ago.

At the All India Congress Committee briefing, party General Secretary Ajay Maken, who is Communication department chief, steered clear of the issue, saying he did not want to say anything.