The Congress in Uttar Pradesh is all set to move a public interest litigation before the Allahabad high court in pursuance of its demand for a Central Bureau of Investigation probe into the alleged murder of Lucknow Deputy Chief Medical Officer Y S Sachan inside the jail premises as well as the brutal rape and killing of a 14- year old girl inside the Nighasan police station in Lakhimpur-Kheri district.

Announcing this in Lucknow, Union Coal Minister Shree Prakash Jaiswal told mediapersons, "We will file a PIL seeking a CBI inquiry into both the incidents because that alone will bring out the truth behind these two killings."

While Deputy CMO Dr Y S Sachan was found dead in mysterious circumstances inside a toilet of the prison hospital on June 22, 14-year old Sonam was done to death after being allegedly gang-raped inside Nighasan police station, about 170 km from Lucknow, on June 10.

"The UP government was shirking away from handing over the cases to CBI simply because it will expose the rope of many bigwigs," Jaiswal said.

Flaying the Mayawati regime for what he termed as "utter deterioration of law and order", he felt, "It was high time Mayawati took responsibility for the prevailing state of lawlessness and insecurity across the state and stepped down from office."

State Congress president Rita Bahuguna Joshi, who was also present at the press meet, hit out at Mayawati for denying Congress general secretary Rahul Gandhi permission to hold a panchayat of farmers in Bhatta-Parsaul village.

"It is grossly undemocratic and arbitrary on the part of the Mayawati government to deny Rahul Gandhi permission to hold a farmers panchayat," she said.

"Since the permission was denied for Bhatta-Parsaul, we gave the option for Aligarh or Bulandshahr, but even that request was turned down, thereby reflecting the political motivations behind the official attitude," Joshi pointed out.

She further warned, "We will give it one more try otherwise Rahul Gandhi will defy such arbitrary restrictions and go ahead with his panchayat." 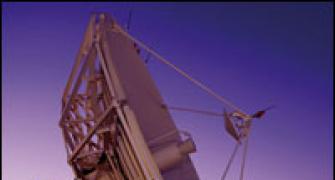 UP: Cong goes ahead with stir, Bahuguna Joshi held