Congress MP from Andhra Pradesh V Kishore Chandra Deo is tipped to head the Joint Parliamentary Committee on the 2G spectrum scam, according to highly placed sources in the Congress party.

There are other contenders as well from the Lok Sabha: Congress MPs Francisco Sardinha or Vijay Bahuguna. But party chief Sonia Gandhi is also keen to have MP Girija Vyas in the committee.

A final decision is likely to be announced on February 23, just before the economic survey will be presented.

Kumar in turn will also have consultations with Rajya Sabha chairman Hamid Ansari.

The total number of members in the JPC will be 21. If earlier JPCs are to be taken into consideration, the calculation would suggest that 14 Lok Sabha and seven Rajya Sabha MPs will form the part of the JPC.

Invariably, the post of JPC chairman goes to a Lok Sabha member of the ruling party.

Inputs available with rediff.com indicate that All India Anna Dravida Munnetra Kazhagam may be kept out of the JPC as they do not have specific cut off number of 27 MPs.

In other words, whichever political parties have 27 MPs as a group, they will be given one slot for the JPC.

But highly placed sources indicate that Congress might give one of its berths to Dravida Munnetra Kazhagam, whose MP and former Telecom Minister A Raja has been in the centre of controversy over the 2G spectrum scam. 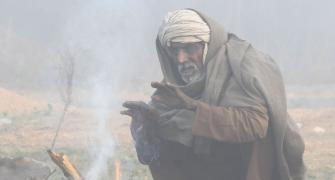