Congress looks to tie up alliances before RS polls

The Congress party is all set to use the upcoming Rajya Sabha elections to tighten its grip on existing allies, win over new friends and prospective alliance partners and in the process notch up a few more Rajya Sabha seats than they had previously calculated.

In Uttar Pradesh the party has fielded Captain Satish Sharma, a Gandhi family insider for the Rajya Sabha. His term in the upper house as a member from Uttarakhand is ending. The Congress is short by 15 votes and sources say this shortfall would be made up by the Samajwadi Party which is willing and some say almost eager to give its surplus votes to the Congress. The Congress has almost won a UP Legislative Council seat for Naseeb Pathan with the same support.

Sources in the Congress aver that Ahmed Patel, the political secretary to the Congress president had two rounds of meetings with Akhilesh Yadav,Mulayam Singh's son, to clinch the understanding over Sharma's nomination. The second meeting was a long one on Sunday night. So far it is not clear whether Mulayam Singh's party would be part of the government either now or later but a senior leader said that the party has effectively conveyed a strong message to some of its allies like Mamata Banerjee that if they create too many problems, alternative support options are in place.

The SP has 21 MPs, enough to counter Mamta Banerjee though it looks unlikely that Mamata would want to part ways with the Congress before the West Bengal assembly elections. She is expected in Delhi on Tuesday to be present at the small function organized in the PMO where the prime minister would present his report to the people to the Congress president on Tuesday evening.The Congress had also invited Mayawati to the May 22 function as she had bailed out the government during the cut motions.

Sources say that the CBI may be preparing to file a PE (Preliminary Enquiry) report against telecom minister A Raja. If this happens, it could mean trouble from the Dravida Munnetra Kazhagam front as A Raja is known to be close to Karunanidhi's family.A senior leader said the assessment of the party is that the DMK would not be in a position to walk out of the United Progressive Alliance as they do not have other alliance partners waiting to tie up with them, while the Congress always has the option to shift base to Jayalalitha and the AIADMK.

By winning over Mulayam Singh Yadav, sources say that the Congress would be looking to break the Yadav trio's togetherness and this would help them in tackling other important issues.

The Congress has also won over Deve Gowda who had initially refused to support the Congress for the Rajya Sabha elections in Karnataka. The Congress is short of votes for its second seat but with Gowda on board the Congress can comfortably win two seats from Karnataka which are expected to go to its two general secretaries, Oscar Fernandes and Hari Prasad.

In Andhra Pradesh where the party is facing periodic uprisings from within its ranks, the leadership has effectively cooled the challenge presented by Jagan Mohan Reddy, the son of former CM YS Rajshekhar Reddy. Jagan was flexing his muscles over the fourth Rajya Sabha seat where the congress had a shortfall but with Chiranjeevi now agreeing to support the Congress and not field a candidate, the Congress can comfortably win four seats from the state.
Renu Mittal in New Delhi
Related News: Congress party, Rajya Sabha, Mulayam Singh Yadav, Jagan Mohan Reddy, Ajit Singh
SHARE THIS STORY
Print this article 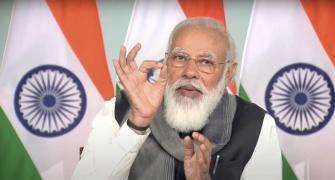 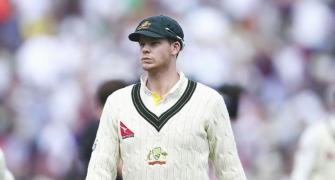 Dedicated every wicket at the Gabba to my dad: Siraj 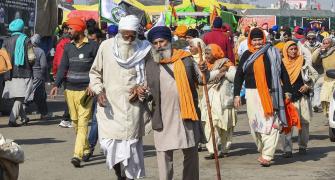 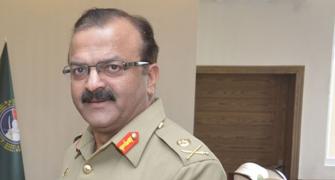