A Delhi court on Friday convicted ex-coal secretary H C Gupta in a corruption case relating to allotment of coal blocks in West Bengal during the previous United Progressive Alliance regime at the Centre. Five others, including one retired and another serving public servant -- K S Kropha and K C Samria -- were held guilty for various offences under the Prevention of Corruption Act and Indian Penal Code.

Gupta, who was the coal secretary from December 31, 2005 to November 2008, has already been convicted before this in two other cases of coal block allocation in which he has been sentenced to jail for two and three years respectively.

He is out on bail in both the cases.

Samria then held the rank of director in the ministry of coal and is now working as a joint secretary in the ministry of minority affairs. He has already been convicted and sentenced to two years jail term in another case and has been out on bail.

All the convicted persons were taken into the custody on the order of the court and were sent to judicial custody till December 3 when special Central Bureau of Investigation Judge Bharat Parashar will hear the arguments on sentence which entails maximum punishment of seven years in jail.

The case pertains to alleged irregularities in allocation of Moira and Madhujore (North and South) coal blocks in West Bengal to Vikash Metals and Power Limited. An FIR was lodged by the CBI in September 2012.

All have been held guilty for the offences under Prevention of Corruption Act and IPC, including sections 420 (cheating) and 120-B (criminal conspiracy).

Prosecutors said Gupta has been accused in 12 cases of alleged irregularities in coal block allocation scam.

The CBI has filed charge sheets in connection with alleged irregularities in 40 cases of coal block allocations during the UPA-1 and UPA-2 regime.
On July 25, 2014, the Supreme Court had approved appointment of additional sessions judge Parashar as special judge to exclusively deal with all coal scam cases.

Former Prime Minister Manmohan Singh is accused in one case relating to the allocation of the Talabira II/III coal blocks in Odisha, in 2005 to Aditya Birla Group company -- M/s Hindalco.

On March 11, 2015, the special court had summoned Singh and five others as accused.

The trial court order, however, was stayed by the Supreme Court on April 1, 2015, after Singh approached the top court for the relief.

His plea is still pending before the apex court.

In the present case, the court had on August 19, 2016 framed charges, including cheating and criminal conspiracy against Gupta, the two public servants, the firm and its two officials. They all had pleaded not guilty and claimed trial. All the accused are out on bail.

The court had put on trial all the accused in the case in which the CBI's closure report was earlier rejected by the court, asking the probe agency to further investigate the matter.

The other two coal scam cases in which Gupta was earlier convicted related to Kamal Sponge Steel and Power Ltd and Vini Iron and Steel Udyog Ltd. Kropha and Samria were also convicted in the KSSPL case. 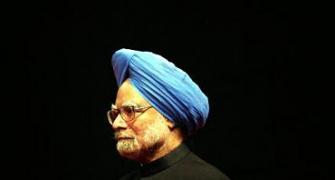 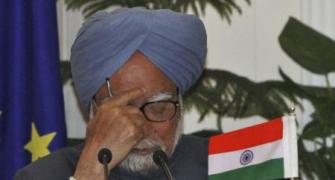 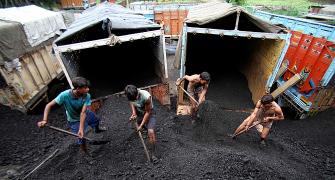 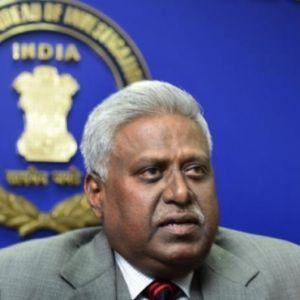