Civic authorities can be criminally prosecuted

The big question is whether the regulators will have the courage to prosecute the bigwigs in the cities.
M J Antony reports. 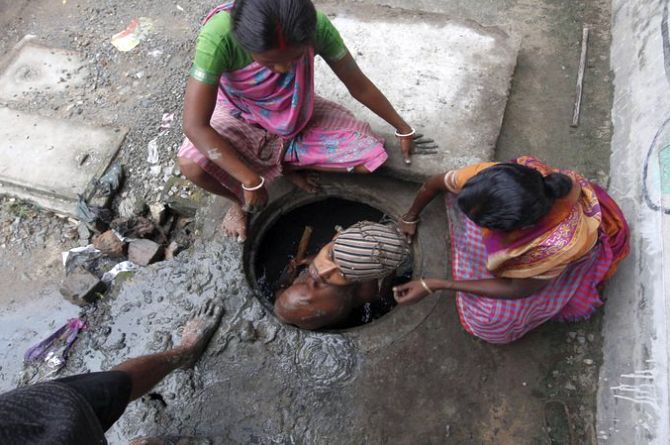 There is hardly any city in the country which has a satisfactory water supply or sewage system.

Civic authorities are generally insensitive to people's complaints and are not easily spurred into action.

Even the pollution control boards avoid their responsibility to enforce environment laws because local heavyweights are involved and the outcome of legal action is uncertain.

The ruling came in a 14-year-old legal battle between the Karnataka pollution control board and seven commissioners of Bangaluru and other municipal councils who had held the position at different times (Karnataka Pollution Control Board vs B Heera Naik).

The judgment is also significant because it interpreted the term 'company', widening its scope to include statutory bodies.

The court asserted that a municipality is not a department of the government, as argued, but a corporate entity.

Thus, all body corporates are included within the definition of company according to Section 47.

The criminal liability falls upon 'every person who at the time the offence was in charge of, and was responsible to the company for the conduct of the business of the company'.

In order to escape punishment that person has to prove that theoffence was committed without her/his knowledge or that s/he had done due diligence.

Therefore the burden on those who hold the reins is heavy.

In the case of municipal councillors, the responsibility is now more than that of directors under the Companies Act and the Negotiable Instruments Act.

The high court had quashed the prosecution of these executives, maintaining that they were heads of department and not executives as in a company.

The Supreme Court held that the high court was wrong.

They can be proceeded against without sanction from the government.

The board had accorded consent to the accused commissioners to discharge sewage effluent after treatment which had expired in 2006.

It has not been renewed since.

However, they have been continuously discharging untreated sewage into water bodies like ponds, lakes and natural valleys.

This decision allows pollution control boards to prosecute the authorities in charge of protecting water and air.

The law elaborately lists the offences.

Briefly, no person shall knowingly cause or permit any poisonous, noxious or polluting matter to enter into any stream or well or sewer or on land.

Whoever contravenes these provisions shall be punishable with imprisonment for a term which shall not be less than one year and six months but which may extend to six years and with fine.

The court has been passing stringent orders in cases of violations of environmental laws recently.

In a recent judgment, it ordered Noida authorities, near Delhi, to 'restore, maintain and protect the water bodies in the village'.

In this case, Jitendra Singh vs Ministry of Environment, the traditional water bodies were being filled up for the benefit of industries, flouting environmental laws.

The earliest was the celebrated Ratlam municipality judgment in 1980.

The Supreme Court ordered the Ratlam municipality in Madhya Pradesh to clean a locality, holding that budgetary constraints did not justify a municipality neglecting its statutory obligation to provide sanitation.

Though the judgment is good reading, a visit to the city recently showed that there was little impact on the ground.

Then came the M C Mehta cases in which the court is still passing orders.

In 1996, Almitra Patel, the first woman engineer to graduate from MIT, moved the court on the issue of solid waste.

Despite court orders over the years, the problem has only worsened.

Recently, the government submitted a 850-page affidavit on the subject.

The judges remarked that the paper bundle itself was 'solid waste'.

So far the main drive against polluters was civil action and compensatory.

The Karnataka judgment hands down power to the pollution boards to prosecute civic authorities.

Criminal action could be more effective than pious judgments in PILs.

However, the big question is whether the regulators will have the courage to prosecute the bigwigs in the cities. 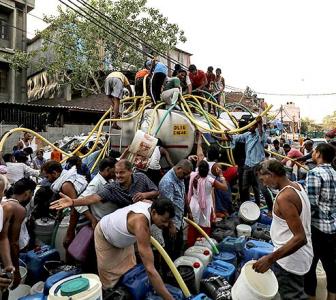 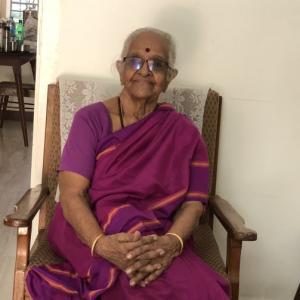