The growing influence of the Central Intelligence Agency and Pentagon in shaping relations with Pakistan was a key reason behind United States Ambassador Cameron Munter's decision to quit his post, the media in Islamabad claimed on Wednesday.

Munter, a career diplomat, was apparently "frustrated" that the CIA and Pentagon were not on the same page as the US State Department as far as policy on Pakistan is concerned, The News daily quoted its sources as saying.

The envoy had also informed Washington that an apology "was in order" after a cross-border NATO air strike killed 24 Pakistani soldiers last year but his advice was overruled by the Pentagon, the report said.

Pakistan's insistence on an apology for the NATO attack has emerged as a key irritant in moves to reset its relationship with the US after a year of crises that took ties to a new low.

In Washington, the State Department said that Munter's decision to resign is a personal one.

"In a staff meeting at the US embassy in Islamabad, (Munter) announced that he had made the personal decision to depart Pakistan this summer. This is at the conclusion of his tenure, I believe, at the end of two years, which is a perfectly normal period for an ambassador to Pakistan," State Department spokesman Mark Toner told reporters.

Bilateral relations have not been on an even keel since the beginning of last year, when a CIA contractor shot and killed two men in Lahore.

This incident was followed by the unilateral US raid that killed Osama bin Laden and the NATO air strike.

News broke on Tuesday that Munter had decided to step down this summer from the post he had assumed almost 18 months ago.

The Dawn newspaper reported that the envoy was "apparently stressed out after handling for more than a year one of the toughest overseas diplomatic assignments" and had failed "to get enough support from Washington."

The News reported the US embassy staff was "surprised" when Munter announced his decision to step down on Monday.

The US embassy sought to play down the issue.

Embassy spokesman Mark Stroh confirmed the development and told the media that Munter would "be leaving this summer at the conclusion of his two years in the job."

Stroh said Munter had been weighing the option of continuing for a third year but decided against it.

Most previous US ambassadors have served for three years while a few left after two years. Wendy Chamberlain, who took over two days after the 9/11 attacks, remained in Pakistan for the shortest period and left before completing a year.

Some of Munter's interlocutors in the Pakistan government said they saw his decision coming, The Dawn reported.

A senior unnamed Pakistani official said Munter had confided in him that he was not being kept in the loop by the State Department. Another source said his working style was not appreciated in Washington, where many thought that he was "too soft" on the Pakistan government.

"It was also believed by many Obama administration officials that hardened positions in Islamabad were because of his failure to assert himself," the report said.

The Express Tribune quoted an unnamed Pakistani official, who frequently interacted with Munter, as saying the envoy was making hectic efforts to break the deadlock in bilateral ties.

"(Munter) was quite keen to see both sides show flexibility on certain issues," said the official.

Since he arrived in Pakistan in 2010, Munter and his wife were often seen in public, launching special development projects. Munter was photographed offloading relief goods for flood victims from a US helicopter and enjoying traditional cuisine in Lahore's food street.

US ambassador to Pakistan Cameron Munter to quit 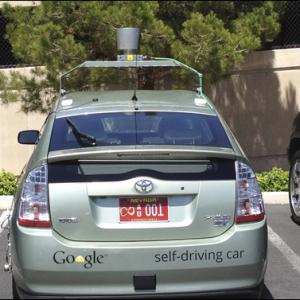 Photos: Google gets licence for self-driving car in US