Unanimously rejecting the Somasekhara report, absolving Bharatiya Janata Party and Sangh Parivar from the attacks on churches and prayer halls in several places in Karnataka in 2008, the Christian community in the state on Saturday demanded a Central Bureau of Investigation probe into the strikes.

Expressing "deep hurt" and "anguish" over the report, the Archbishop of Bangalore Archdiocese Fr Bernard Moras said, "It has failed to address the terms of reference of the commission and has failed to do justice to the Christian community."

Depending upon the response, Moras said the community members will chalk out their next plan of action. Terming the report as "highly communal", "propagandist" and "divisive", he said, "The church attacks were an attempt to defame the community by some vested interest forces and to divide the state into majority and minority by attributing certain stereotypes to the community."

Moras said though the report stated some attacks to be "deliberate, well-planned, communal, antagonism with fundamentalism brewing since several years", it failed to identify the persons and organisations behind them.

He said despite being a mere 2.1 per cent of the total population, the Christians were accused of mass conversion.

"While upholding the right to practice, profess and propagate religion in accordance with the tenets of our constitution, we denounced the agenda of vested interest groups to malign the community using conversion as a device," he said.

Condemning the recommendation of the report that Christian places of worship should be brought under some legislation and stringent financial check and audit of pastors to control churches, he said, "It creates an impression that churches are anti-social institutions."

The report, Moras said, "legitimises" the position of the state. It is only during the last three years that the state has witnessed highest number of attacks on churches and its personnel.

"Without a deliberate plan and cooperation of the authorities, it is difficult to believe that the organisations could have ever engaged in such high-scale attacks and violence...The report deliberately absolves the persons and organisations responsible for the attacks as mentioned in the Interim Report," he said.

In 2008, a wave of attacks were directed against Christian prayer halls allegedly by members of the Sangh Parivar in the state. Over 20 churches and several prayer halls in Mangalore, Udupi, Chikkamagaluru, Kolar and other small districts were attacked.

A one-member commission led by B K Somasekhara, a former judge, was set up by the ruling BJP to inquire into the sequence of events and circumstances that led to the attack.

The archbishop said the inquiry panel's recommendations of establishing separate intelligence wing and exclusive police stations to deal with religious conflicts could only weaken pluralism and diversity and it would give free hand to any authority to interfere.

A CBI probe will bring out the truth on church attacks and violence on innocent personnel of the churches and on various anti-minority statements made by the commission to defame the community, he said.

Bishop of Mangalore Diocese, Fr Paul D'Souza, said the report had not only gone "against human rights of all citizens" but also the commission did not have a single lawyer representing the community.

He charged that Christians were "not given a fair consideration" in the report. Objecting to the (report) finding of "foreign funds", Bishop of Church of South India Rev Vasanth Kumar said, "All funds coming from foreign countries are closely monitored by the Home Ministry."

Rubbishing reports about 'New Life', a Christian denomination reportedly publishing derogatory literature about other religions, Moras said, "If some individual is involved in it, why don't you identify instead of generalising?" 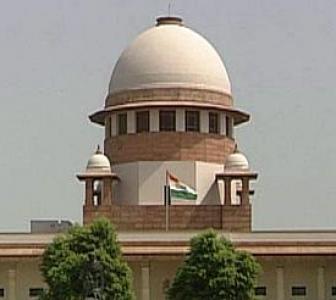 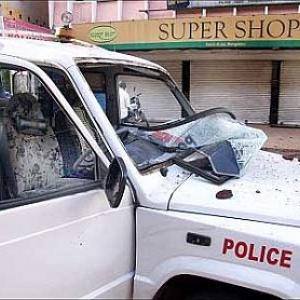