China has reported 48 new confirmed imported cases of the novel coronavirus while the death toll reached 3,305 with one more fatality from the virus-hit Hubei province, health officials said on Tuesday. China's National Health Commission said on Tuesday that no new domestically transmitted cases of the COVID-19 were reported on the Chinese mainland on Monday.

But at the same time, 48 new confirmed imported cases were reported taking their total 771 and one death was from the virus-hit Hubei Province, it said.

The overall confirmed cases on the mainland have reached 81,518 as of Monday, which included 3,305 people who died of the of disease, 2,161 patients still undergoing treatment and 76,052 patients discharged after recovery, it said.

On Monday, 282 people were discharged from the hospitals after recovery, while the number of severe cases decreased by 105 to 528.

The NHC said 183 people were still suspected of being infected with the virus.

Meanwhile as coronavirus abated in the country, China, which came to a standstill due to the COVID-19 outbreak for over two months, cut the Reverse Repo Rate by 20 basis points on Monday to facilitate more lending as the world's second-largest economy ramped up the manufacturing sector to almost 100 per cent of its capacity to make up for big losses.

A reverse repo is a process in which the central bank purchases securities from commercial banks through bidding, with an agreement to sell them back in the future.

China's manufacturing sector has steadily resumed production after the shutdown due to the COVID-19, with 98.6 per cent of the major industrial firms nationwide having restarted work as of Saturday, the ministry of industry and information technology said on Monday.

In the coronavirus epicentre Hubei province, which is gradually returning to normal after the virus abated, the average work resumption rate of industrial firms have surpassed 95 per cent by far, the report said.

Meanwhile, 76 per cent of small and medium-sized enterprises have restarted to work nationwide.

Some 92 leading enterprises in key industries have helped boost the work resumption of more than 400,000 their upstream and downstream enterprises, Xin said.

Separately China's central bank on Monday pumped liquidity into the market through seven-day reverse repos while cutting the interest rate by 20 basis points to lower lending costs and offset the economic shock of COVID-19.

The People's Bank of China injected 50 billion yuan (about $7 billion) into the market through the seven-day reverse repos at an interest rate of 2.2 per cent, the central bank said in a statement.

Hubei's capital Wuhan, which bore the brunt of the vicious virus for over two months, would begin its air services from April 8.

China began to ease its lockdown of Hubei province, home for over 56 million people, from March 25 by resuming local transport services followed by relaxation of travel for people tested negative for coronavirus.

According to Johns Hopkins Coronavirus Resource Centre, more than 37,686 people have died of coronavirus and 785,709 have been infected globally. 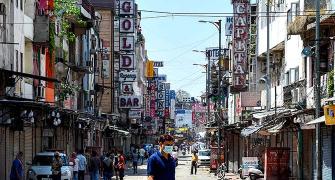 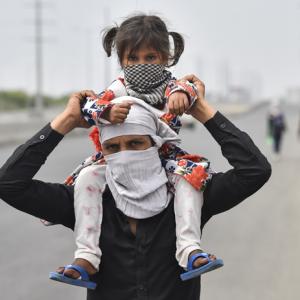