According to the report, Russia tops the table with 6,375 warheads, followed by the United States with 5,800, and the United Kingdom with 215 warheads. India enriched its nuclear arsenal by adding 10 more weapons to the stockpile over the last year, but the country possesses a fewer number of warheads than China and Pakistan, according to a report released by a leading Swedish think-tank on Monday.

The Stockholm International Peace Research Institute states in its report that both India and China increased their nuclear arsenals in 2019.

While China has a total of 320 warheads in its arsenal, Pakistan and India are estimated to have 160 and 150 weapons, respectively.

"China is in the middle of a significant modernisation of its nuclear arsenal. It is developing a so-called nuclear triad for the first time, made up of new land- and sea-based missiles and nuclear-capable aircraft," the report warned.

"India and Pakistan are slowly increasing the size and diversity of their nuclear forces, while North Korea continues to prioritise its military nuclear programme as a central element of its national security strategy," it said.

Pakistan's nuclear arsenal was calculated at 150-160, a number which remains the same in this year's assessment.

According to the report, Russia tops the table with 6,375 warheads, followed by the United States with 5,800, and the United Kingdom with 215 warheads.

The figures have been updated till January 2020.

The nuclear arsenals of the other nuclear-armed states are considerably smaller but all these states are either developing or deploying new weapon systems or have announced their intention to do so, the report said.

"The nine nuclear-armed states -- the US, Russia, the UK, France, China, India, Pakistan, Israel and North Korea -- together possessed an estimated 13,400 nuclear weapons at the start of 2020.

This marked a decrease from the 13,865 nuclear weapons that SIPRI estimated these states possessed at the beginning of 2019," the report said.

"The decrease in the overall number of nuclear weapons in the world in 2019 was largely due to the dismantlement of retired nuclear weapons by Russia and the USA — which together still possess over 90 per cent of global nuclear weapons," it said.

The SIPRI Yearbook, which assesses the current state of armaments, disarmament and international security, said that despite an overall decrease in the number of nuclear warheads, nuclear powers continue to modernise their arsenals, warning that tensions were rising and the outlook for arms control was "bleak".

About China, the report said Beijing now publicly displays its nuclear forces more frequently than in the past but releases little information about force numbers or future development plans.

"The governments of India and Pakistan make statements about some of their missile tests but provide no information about the status or size of their arsenals," it said.

"Russia and the USA have extensive and expensive programmes underway to replace and modernise their nuclear warheads, missile and aircraft delivery systems, and nuclear weapon production facilities,

"Both countries have also given new or expanded roles to nuclear weapons in their military plans and doctrines, which marks a significant reversal of the post-cold war trend towards the gradual marginalisation of nuclear weapons," it added.

The availability of reliable information on the status of the nuclear arsenals and capabilities of the nuclear-armed states varies considerably, the report said.

"The USA has disclosed important information about its stockpile and nuclear capabilities but in 2019 the US administration ended the practice of publicly disclosing the size of the US stockpile," said Hans M Kristensen, Associate Senior Fellow with SIPRI's Nuclear Disarmament, Arms Control and Non-proliferation Programme and Director of the Nuclear Information Project at the Federation of American Scientists (FAS).

The UK and France have also declared some information. Russia does not make publicly available a detailed breakdown of its forces counted under New START (Strategic Arms Reduction Treaty), even though it shares this information with the USA, the report said.

The 51st edition of the Yearbook reveals a continuing deterioration in the conditions for international stability.

This trend is reflected in, among other things, an unfolding crisis of nuclear arms control that suffered further setbacks in 2019, it said in a statement.

"In these times of ever-increasing geopolitical tensions, the absence of adequate measures to monitor nuclear arsenals and to prevent the proliferation of nuclear weapons and materials is a particularly worrying development," Shannon Kile, Director of SIPRI's Nuclear Disarmament, Arms Control and Non-proliferation Programme, said in the statement.

In addition to its detailed coverage of nuclear arms control and non-proliferation issues, the latest edition of the Yearbook also includes insight on developments in conventional arms control in 2019; regional overviews of armed conflicts and conflict management. 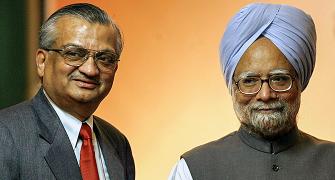