China must show sensitivity to our concerns: India

Ahead of Chinese Premier Wen Jiabao's New Delhi visit, India on Thursday said there is a need to show sensitivity to each other's core interests.

Government sources said this approach will be underlined by Prime Minister Manmohan Singh when he meets his Chinese counterpart Wen next week for talks, which is taking place in the backdrop of irritants in bilateral relations like the issuance of stapled visas to Kashmiris.

On the controversy over China issuing staple visa for residents of Jammu and Kashmir, the sources said that Beijing has told India that they will solve the problem and that it is not a political issue.

China has also said this issue will not affect bilateral diplomatic exchanges. The Chinese approach on how it is tackling the row over the visa issue is a good solvent for bilateral ties, the sources said.

They said India and China have shown an ability to manage difficult issues in their relationship despite problems like the boundary dispute and the stapled visa issue.

The sources said the growing trade imbalance against India is posing a big problem and steps would have to be taken to address it. India-China bilateral trade is expected to touch a record $ 60 billion this year.

Sino-India trade has already crossed $ 49.84 billion this October with Indian exports alone touching $ 17 billion, while China continue to have a sway with $ 32.87 billion worth of exports. However, India is suffering a record trade deficit of $ 15.9 billion this year.

On the boundary issue, sources said the special representatives were making steady progress but it will take some time before a solution could be hammered out.

The sources said India and China were now in the second of the third phase outlined by the two countries in their endeavour to find a solution to the boundary question.

The phase is related to laying down guiding principles in 2005, a framework bilateral agreement and implementing this pact. The sources noted that India-China border was the most peaceful in the world.

The last death on the border was in October 1975. They said the importance attached by China in developing relations with India can be gauged from the fact that eight of the nine Communist Party of China politburo members had visited India in November. 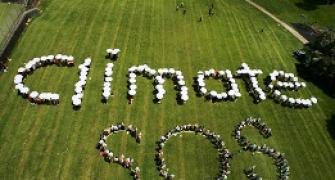 Several pacts to be signed during Wen's visit