With India objecting to stapled visas being issued to those from Jammu and Kashmir, China appears to have adopted a new policy of denying visas to those born in the state.

One of India's leading cardiologists U Kaul, also a Padmashri awardee, and four others born in Jammu and Kashmir, have been refused visas to travel to Beijing for a conference on cardiology which he was to have chaired four days back.

Kaul, who has been to China four times before, was surprised at the denial of visa to him and to the four others.
He said there was no reason given for visa rejection.

However, another doctor, who is of Kashmiri origin, but born outside the state, was given a visa for the same conference.

A Chinese Embassy spokesman said he could not comment on these cases immediately due to absence of details.

However, there was no change in Chinese policy of issuing stapled visas to those born in Jammu and Kashmir, he said.

For the last couple of years, the Chinese Embassy has been stapling a visa in a separate sheet to applicants from Jammu and Kashmir and Arunachal Pradesh. For the people of all other Indian states, it pastes the document on the passport as is the norm.

India, which has taken up the issue with China, does not accept the stapled visa as valid and does not allow travel to that country on it. 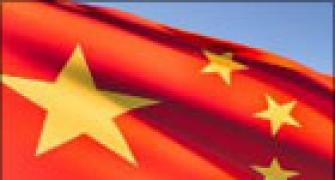