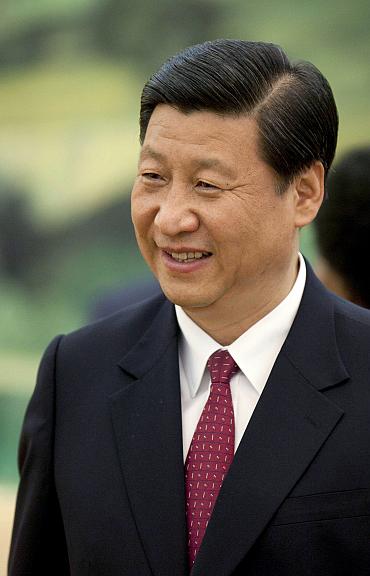 China's presumed future president Xi Jinping is an "extremely ambitious" person who is incorruptible and has chosen to survive by becoming "redder than reds", a US diplomatic cable released by WikiLeaks said.

According to the cable published by German magazine Der Spiegel, a source close to Xi has provided US diplomats with a detailed portrait of the up-and-coming functionary and says he is neither corrupt nor a fan of democracy.

He isn't corrupt, and money seems unimportant to him. He apparently has enough. He likes the United States, and was at one time fascinated by the mysteries of Buddhism and Asian martial arts.

Xi is "extremely ambitious," and a good man, according to the US source. He also comes from a good home. On Oct 18, the Central Committee of the Chinese Communist Party appointed 57-year-old Xi Jinping vice-president of the powerful Central Military Commission. This makes it all but certain that he will succeed Hu Jintao as Communist Party leader and Chinese president in 2012, Der Spiegel said.

Xi is the son of former guerilla fighter and later Deputy Prime Minister Xi Zhongxun -- a "princeling," one of an influential class of sons and daughters of loyal functionaries that steadily rise up the Communist Party hierarchy under their parents' protective umbrella. But, the Chinese people are more familiar with Xi's wife who is a famous folk singer.

Xi grew up in the sheltered environment of the nomenklatura. He spent his childhood in the Beijing district reserved for high-ranking officials. In 1966, during Mao Zedong's Cultural Revolution to remove opponents from the ranks of the Chinese Communist Party.

Xi's father landed in prison, and he was sent into the countryside to work in the fields. In the early 1970s Xi and many princelings were permitted to return to Beijing. But while many of his young contemporaries set about enjoying their newfound freedom, Xi chose a different path. "He chose to survive by becoming redder than red," the US embassy's source says. He realized he could only become a career politician if he temporarily removed himself from Beijing's power clique and gathered experience in rural areas. He slowly worked his way up the ladder in Heibei, Fujian and Zhejiang provinces.

Because Fujian faces the breakaway island of Taiwan, US dispatches say, Xi has had an understanding for the plight of the Taiwanese people ever since. In 2007 the leadership made him the Party leader in Shanghai. At the time, the Communist Party was embroiled in a corruption scandal and desperately needed a clean pair of hands that could polish up its reputation. He was seen as incorruptible and as having sufficient authority to clean up the Party's ranks.

Xi spent just seven months in China's financial center before the leadership brought him to Beijing and anointed him vice-president. Xi's career strategy had paid off. "Xi had promotion to the Center in mind from day one," the US Embassy dispatch says. He is said to be a realist and a pragmatist, one who keeps his cards close to his chest before coldly playing his ace when the time is right.

He appears uninterested in leisure pursuits preferred by many high-ranking officials. Women consider him boring, a trait he shares with his stern superior, Hu Jintao. 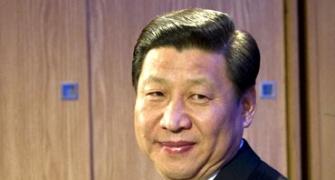 'US was worried about Third Front coming to power'