China on Monday stepped up its unprecedented military drills around Taiwan, staging fresh exercises and extending the schedule of its war games launched in retaliation to the visit by United States House Speaker Nancy Pelosi to Taipei by attempting to strangle the self-ruled island. 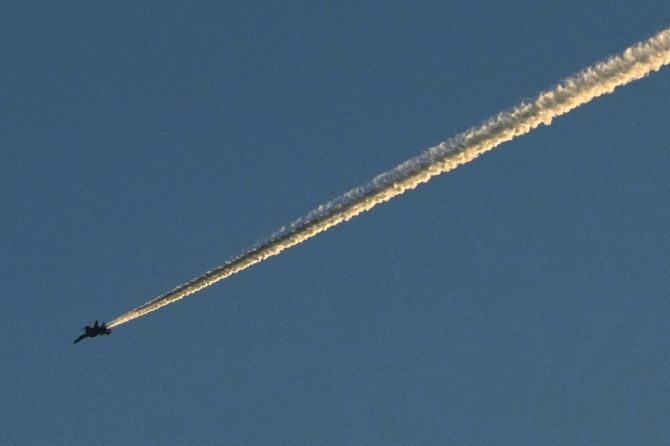 The Chinese military exercises kicked off after Pelosi angered Beijing by visiting Taipei last week to show her support for democracy on the island which China views as a rebel province that must be reunified with the mainland, even by force.

On August 8, the Eastern Theatre Command of the Chinese People's Liberation Army continued to carry out joint combat training exercises in the waters and airspace around Taiwan island, mainly focusing on the joint anti-submarine and air-to-sea assault operations, the defence ministry here said in a brief announcement.

The four drills involved all wings of the Chinese armed forces including the missile forces, aircraft carrier group besides hundreds of warplanes conducted the drills all around the island venting Beijing's anger over Pelosi's visit, which China says has changed the status quo of Taiwan as part of Chinese mainland under 'one-China' policy.

Chinese Defence Ministry Spokesperson Senior Colonel Wu Qian said the current tensions across the Taiwan Strait has been a result of provocative acts single-handedly created by the US, for which it must hold accountable and bear full responsibility for the serious consequences of it.

China urges the US side to earnestly respect its core interests and major concerns, abandon any illusion of “containing China with Taiwan”, and not go even further down the wrong path, he said.

The Taiwan armed forces monitored the situation and responded to these activities with aircraft, naval vessels, and land-based missile systems, the ministry tweeted.

China claims Taiwan as part of its territory and has threatened to annex it by force if necessary.

The two sides split in 1949 after a civil war, but Beijing considers visits to Taiwan by foreign officials as recognising its sovereignty.

Twenty-one of the Chinese aircraft had flown on the east part of the median line of the Taiwan Strait dividing China and Taiwan and the Air Identification Defence Zone, (ADIZ) it said.

It is not clear when China plans to end the provocative drills.

Observers say China which has stepped up the high-voltage drills is in a dilemma to restore normalcy without tangible political and strategic gains as Beijing also faced rare criticism among the Chinese public for its failure to stop Pelosi from going to Taiwan.

The drills were also seen as an attempt to reclaim the image of President Xi Jinping who is widely expected to get a rare third term at the upcoming ruling once-in-a-five-year ruling Communist Party Congress.

Meanwhile, reports from Taipei, the capital of Taiwan said the high-intensity Chinese military drills served as a boost to anti-Beijing sentiments.

“Actually, her (Pelosi's) visit was welcomed by the majority of the people in Taiwan and only some hardline pro-unification groups were against it,” Wang Kung-yi, head of the Taiwan International Strategic Study Society, a Taipei's think tank said.

"This will also help increase the popularity of President Tsai Ing-wen and her Democratic Progressive Party, (DPP) allowing them to score political points that would help the DPP's performance in future elections, especially the 2024 presidential poll,” Wang told Hong Kong based South China Morning Post.

Taiwan's Foreign Minister Joseph Wu said the highly provocative military drills by China not only disrupted the peace in the region but also the lucrative international trade and transportation.

“Taiwan is a democracy. The Taiwanese people elected the present government. This is a reality”, he told BBC in an interview, alleging that the Beijing response to Pelosi's visit also exposed its expansionist behaviour.

Taiwan will not be the only last piece of the Chinese dream of expansionism, he said.

The PLA on Sunday proceeded with the plan and continued realistic combat-scenario joint exercises in the sea and air space around the island of Taiwan practising island capturing drills and bomber deterrence flights in Taiwan Strait, a rehearsal for real operation, state-run Global Times reported on Sunday.

The PLA Command in a late last night press release on Sunday said its forces continued its joint combat training exercises as scheduled in the waters and airspace around the Taiwan island.

The operation has tested the tactics of systems warfare under information-based conditions, and honed and improved the capabilities to destroy crucial island targets with precision strikes, Zhang Zhi, an air force officer of the PLA Eastern Theatre Command, said according to the report.

China also suspended a range of defence and military exchanges with the US besides imposing sanctions on Pelosi as part of a slew of countermeasures to protest against her trip to Taipei on Tuesday and Wednesday that infuriated Beijing, which saw it as a violation of the one-China policy.

The countermeasures were necessary warning against the provocations made by the US and "Taiwan independence" separatist forces, the Chinese Ministry of National Defence said on Monday.

The countermeasures are a legitimate defence of national sovereignty and security, which are completely reasonable, appropriate and proportionate, Senior Colonel Wu, a spokesperson for the ministry, said in a statement.

China apprehends that Pelosi's visit will open floodgates for similar visits by world leaders, especially from Japan and the European Union (EU), undermining the credibility of its claims over the island whose majority population preferred to remain independent. 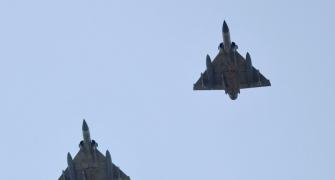 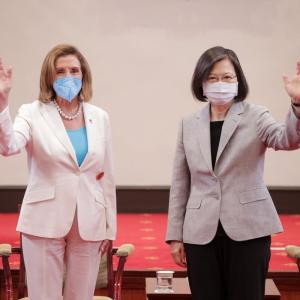 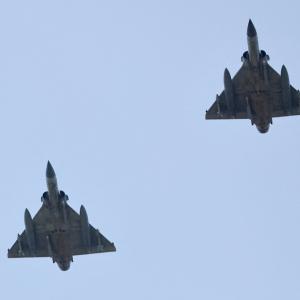