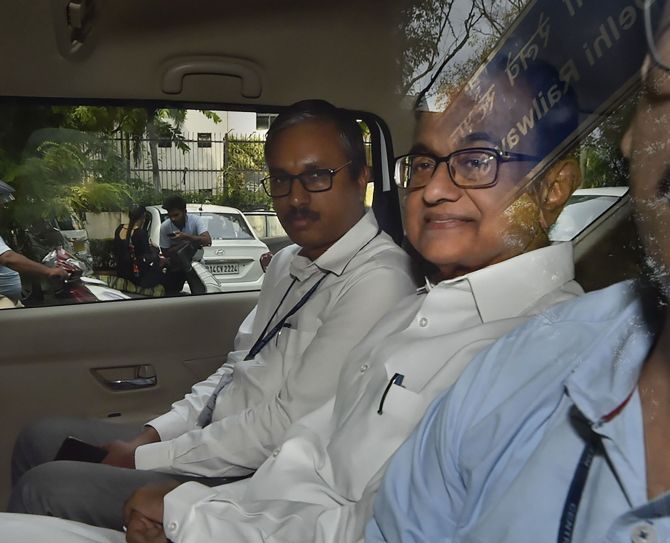 Chidambaram also challenged a trial court order's September 5 order remanding him to 14 days judicial custody in the case till September 19.

The 73-year old Congress leader was arrested by the Central Bureau of Investigation on August 21.

The trial court had earlier said that the allegations against Chidambaram were found serious, therefore, he was remanded to police custody.

It had said the CBI had apprehension that because of Chidambaram's status and his position, the investigation may be hampered by the accused.

The court had also issued directions for keeping Chidambaram in a separate cell in Tihar prison as he was a protectee under Z-security.

The trial court had also issued notice to the Enforcement Directorate (ED) on Chidambaram's plea seeking to surrender in the money laundering case lodged by the agency in which the Supreme Court on Thursday dismissed his plea against the August 20 order of the Delhi high court denying him pre-arrest bail.

Chidambaram had withdrawn from the Supreme Court his petition challenging the non-bailable warrant issued against him.

The apex court had on September 5 dismissed his appeal against the Delhi high court's August 20 order and denied him anticipatory bail in the money laundering case lodged by ED.

On the same day, another special court granted Chidambaram and his son Karti anticipatory bail in the Aircel Maxis cases lodged by CBI and ED.

Chidambaram, who was the Union home minister and the finance minister during the United Progressive Alliance rule from 2004 to 2014, was arrested by the CBI on August 21 from his Jor Bagh residence.

Chidambaram on Wednesday expressed concern over the state of economy and questioned the government on its plan to get the country out of this 'decline and gloom'.

The former finance minister also lauded the capacity of the poor people to distinguish between justice and injustice.

'I have asked my family to tweet on my behalf the following: Thank you all for your support. I must say I am amazed by the capacity of the poor (who I have had the chance to meet and interact with over the last few days) to distinguish between justice and injustice,' he tweeted.

'I am deeply concerned about the economy. The poor are the worst affected. Lower, fewer jobs, less trade and lower investment affect the poor and the middle class. Where is the plan to get the country out of this decline and gloom,' the veteran Congress leader asked on his Twitter account.

He urged authorities not to arrest officers who were involved in giving clearances to INX Media when he was finance minister, saying none of them done anything wrong. 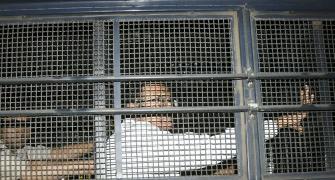 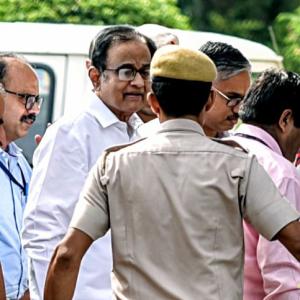 I'm only worried about the economy, says Chidambaram 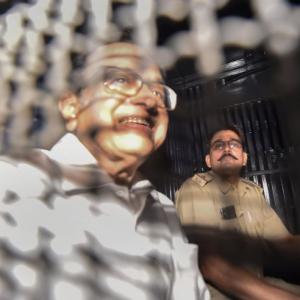