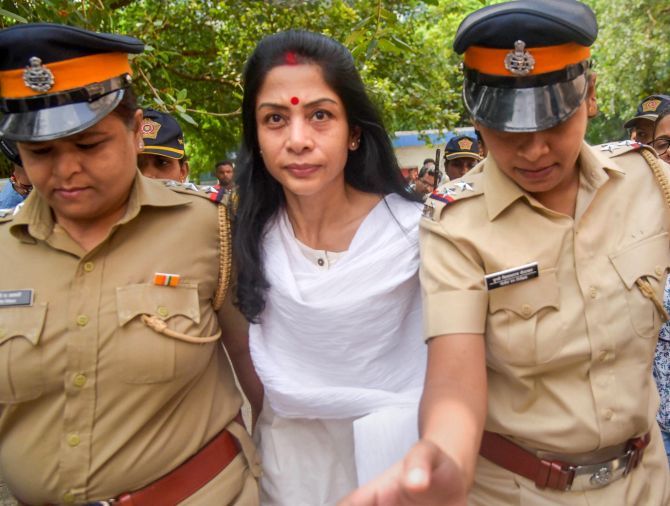 Mukerjea recorded her statement under the Prevention of Money Laundering Act and said she and her husband Peter Mukerjea met Chidambaram at his office in Delhi's North Block.

Both P Chidambaram and his son Karti have denied the allegations.

"After having understood the issue, Mr P Chidambaram told Peter to help his son Karti in his business and make possible overseas remittances in lieu of FIPB approval," Indrani said in her statement to the Enforcement Directorate.

The Mukerjeas were the promoters of the INX Media group and are facing charges of allegedly killing their daughter Sheena Bora.

In 2008, Indrani said in the statement, when they came to know that there were alleged irregularities in the FIPB approval request, Peter decided that they should approach P Chidambaram to "resolve" these issues.

"Peter said that the alleged violations can be regularised with Karti P Chidambaram's help and advice to resolve these issues related to FIPB," she said.

She added that the couple then met Karti in a hotel in Delhi.

"Karti knew about the issue and asked if $1 million could be transferred into an overseas account either owned by him or his associates in order to sort out the matter. When Peter said that the overseas transfer will not be possible, Karti suggested the names of 2 companies, Chess Management and Advantage Strategic as alternatives to make the desired payments into their accounts and that they will present themselves as consultants to INX Media Pvt Ltd," she said.

Indrani, however, added in her statement that these payments were "handled" by Peter and that she did not know as to how much money was paid for "addressing" the senior Chidambaram's interest of helping his son.

Indrani added that the Group Director (Legal and Regulatory Affairs) of the INX group "interacted" with Karti's company Chess Management for the FIPB related manner and "to the best of her knowledge" another firm linked to Karti, Advantage Strategic Consulting Pvt Ltd, never rendered any services to INX Media Pvt Ltd.
The ED probe had found that INX Media paid about Rs 9.96 lakh to ASCPL through a cheque in 2008 and this, the agency alleges, was a quid pro quo amount for grating the FIPB approval to the INX Media.

In his statement, Peter Mukerjea told ED investigators that he met the senior Chidambaram two or three times and on each occasion the meetings were courtesy calls to explain the transition of their media business.

However, he added that he met Chidamabram also "to ensure that there was no hold up or delay in their application and Chidambaram asked for his son's business interests to be kept in mind, if any opportunity arose and for making overseas payments".

He said in his statement that he along with his wife "met Karti along with another person at Hyatt Delhi".

"The issue at hand was to regularise the over-invested amount as FDI," Peter said.

He added that he met Karti to "work this out" and get fresh FIPB approvals.

Karti in turn, he stated, demanded $1 million and when he was informed that this was not possible, he suggested that payments would be made to his companies.

Chess Management Services Pvt Ltd was suggested by Karti during their meeting at Hyatt, Peter said.

"The amount of Rs 10 lakh paid to ASCPL by INX Media was part of $1 million demanded by Karti," he said.

Peter, however, added that his executive, who was dealing with Karti's firm, sent him an email stating that there was a change of mind at their end and a different way of receiving payment would have been devised. 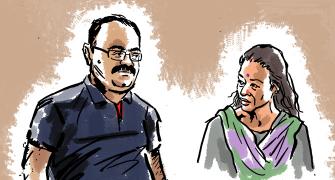 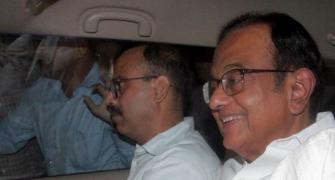 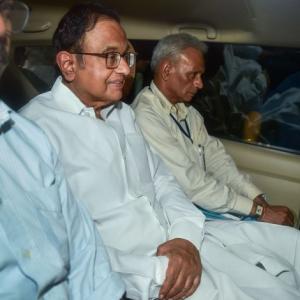 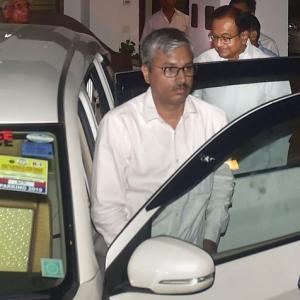