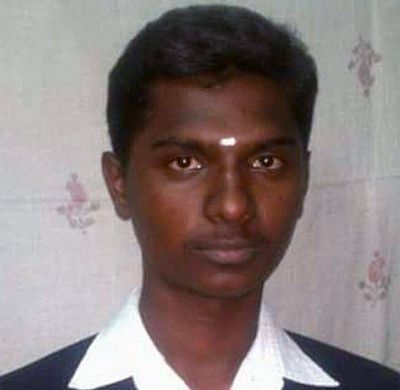 A 24-year-old engineering graduate has been arrested in Tirunelveli in connection with the sensational murder of a woman IT professional in Chennai last week and when surrounded by police, he attempted suicide by slashing his neck.

"The accused Ram Kumar was arrested in Tirunelveli late Friday night. When police went into his house, he hid in the backyard and inflicted an injury on his neck by using a knife when surrounded by police," Chennai Police Commissioner T K Rajendran told media persons in Chennai on Saturday.

He said Ram Kumar was rushed to Tirunelveli Medical College hospital for treatment. A special probe team from Chennai had left for that city to take him into custody, he said.

24-year-old Swathi, employed with software giant Infosys, was hacked to death around 6.30 AM on June 24 while waiting to board a train at Nungambakkam Railway Station to her workplace on the city outskirts.

The Commissioner said Ram Kumar came to Chennai just three months back from his native T Meenkakshipuram village near Shencottah in Tirunelveli district.

He stayed in a private lodging house in Choolaimedu. The residence of the victim, Swathi, was also in this neighbourhood.

"He came to know that Swathi uses the suburban train to go to her workplace near Chengelpet and he was stalking her," he said, adding the pursuit eventually ended in her murder.

Asked what was the motive behind the murder and if Ram Kumar had tried to befriend Swathi, he said a probe is on and that the assailant's efforts to befriend her did not succeed.

He said police sifted through CCTV footage in and around the scene of crime -- Nungambakkam Railway Station -- and went door to door in Choolaimedu area to zero in on the culprit.

Giving a background to the arrest, a police release said Kumar's image recorded on CCTV tallied with a photo found in the register of inmates in a lodge in the same neighbourhood.

"Details in the register, including photograph matched the description of the culprit. It was found that he was Ram Kumar, a native of T Meenakshipuram, in Tirunelveli district," the Commissioner said.

"She lauded him and the department for apprehending the culprit by quickly conducting the probe," a government release said, adding it proved yet again the capabilities Tamil Nadu police.

With no CCTV camera in the station, police had a tough job in obtaining clues and managed to get visuals of the suspect from a CCTV installed at a house in the neighbourhood. They had also released footage and his sketch.

The case was transferred from the railway police to city police, which formed several special teams for the probe, headed by an Assistant Commissioner.

The murder gave a tough time to police, who came in for flak from the Madras High Court for its handling of the case.

The court had pulled them up for leaving her body for nearly two hours on the platform and had warned of suo motu intervention if there was slackness in the probe. 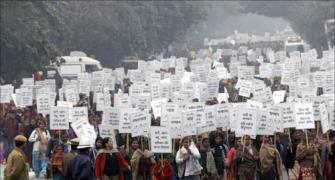 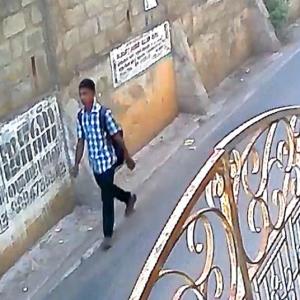 This could be Chennai techie's murderer! 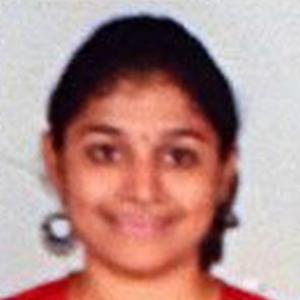