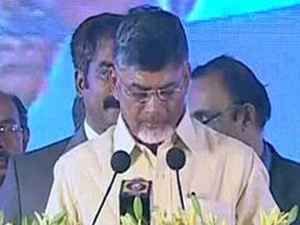 Telugu Desam Party president N Chandrababu Naidu was sworn in as the first chief minister of new Andhra Pradesh at a function at Nagarjuna Nagar, 18 kms from Vijaywada on Sunday.

Governor E S L Narasimhan administered the oath of office and secrecy to Chandrababu at 7:27 pm, the auspicious "muhurtam" set for the occasion.

Naidu took oath in the name of God in Telugu amidst thunderous cheers by party workers.

19 cabinet ministers, including three women, were also sworn in on the occasion.

Chandrababu paid obeisance to the statue of Telugu Talli (reverential mother of Telugus) on the dais before taking oath. 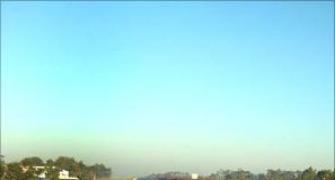 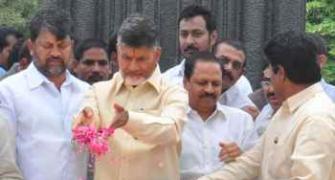 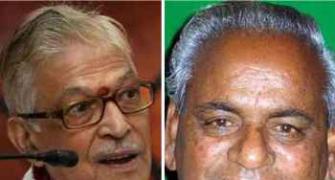 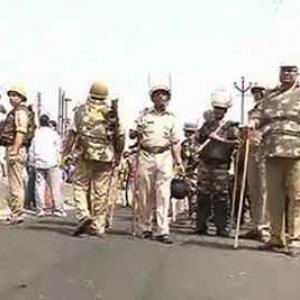