The Centre is expected to constitute an expert group after Prime Minister Manmohan Singh's return from abroad and would seek the guidance of former President A P J Abdul Kalam on allaying the fears of the locals opposed to the controversial Koodankulam nuclear power project.

"The Centre's expert group comprising scientists from environment, nuclear and ocean fields will be set up after the prime minister's return from South Africa. It will be a neutral body," Minister of State in the PMO V Narayanaswamy told PTI on phone from New Delhi.

Responding to Tamil Nadu Chief Minister J Jayalalithaa's letter on October 12, the prime minister had offered to set up a small group of experts involving Tamil Nadu government to interact with representatives of the people of the region to address their legitimate concerns.

Narayanaswamy said the Centre would also seek Kalam's "guidance" on allaying the fears of the people who have threatened to intensify their agitation, demanding closure of the Indo-Russian power project, the first phase of which is expected to be commissioned in December.

Significantly, Kalam, a noted space scientist, had said last week that he would visit all nuclear reactors across coastal belts to hold discussions with scientists.

"I will visit all these reactors across coastal belts and personally hold discussions with the scientists about all aspects. It will take at least 10 days to visit and gather all information, after which a report will be made," he had said. 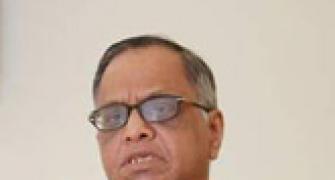