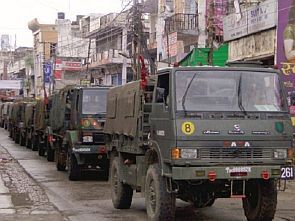 The Manmohan Singh government has agreed to provide 2,800 additional paramilitary personnel to contain the unabated tension that continues to prevail in and around the riot-torn Muzaffarnagar district of Uttar Pradesh where 32 persons were killed in the 48-hour-long communal violence that broke out on Saturday.

“While the toll was 37 until last night, one person succumbed to his wounds in the hospital in the early hours today (on Tuesday), thereby taking the number of deaths to 38,” principal home secretary R M Srivastava told rediff.com in Lucknow.

“About 68 persons were still hospitalized with major and minor injuries,” he said.

Claiming that the past 24 hours had remained “incident-free”, he described the overall situation as “tense, but under control.”

According to him, “what necessitated the deployment of additional security forces was the spread of violence to rural areas, not only in Muzaffarnagar but also in the bordering districts of Saharanpur and Shamli where certain villages had witnessed minor skirmishes on Monday.”

Over 200 arrests were made until Tuesday morning and more were to follow.

“We are making preventive arrests too so that mischief-mongers do not get a chance to foment trouble,” newly-appointed Muzaffarnagar district police chief Praveen Kumar told local media persons.

Meanwhile, over 1,000 people were booked for inciting riots and in apprehension of breach of peace.

Meanwhile, the 900 soldiers were detailed to carry out flag march in all such areas, where clashes between Muslims and Hindu Jats had even led to exodus of large number of Muslims from Jat-dominated villages since Monday morning.

Directives have been issued from Lucknow for providing police escort to anyone desirous of shifting from a particular village to anywhere else.

Kumar, who assumed office on Tuesday after Chief Minister Akhilesh Yadav gave marching orders to the earlier incumbent, is familiar with Muzaffarnagar where he was posted earlier.

“We will take stern action against mischief-mongers, none of whom would be spared at any cost,” he declared in Muzaffarnagar.

Meanwhile, the door-to-door search, on since Monday, has been intensified to unearth illicit weapons.

Owners of licensed firearms have already been asked to surrender these weapons after the administration ordered cancellation of all licences across the district. 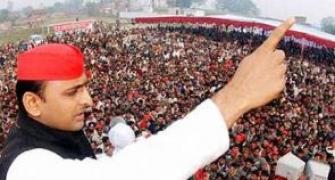 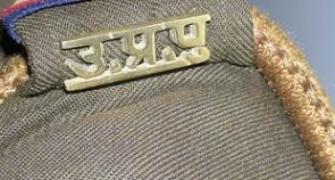 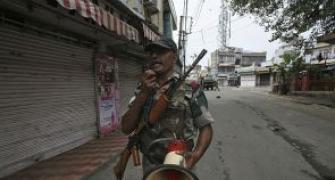 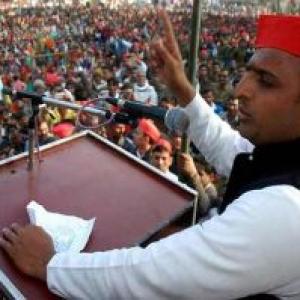