The government on Thursday approved inclusion of more castes in the central list of OBCs for various states, a move it hopes will especially help it reach out to people in Naxal affected states.

Sources said the Cabinet has given approval to most additions from Jharkhand and Chhattishgarh in the Other Backward Castes list.

"Inclusion of these communities in the central list of OBCs will enable them to avail benefits of reservation in central government services as well as in central education institutions, thus contributing to the goal of equity and inclusiveness," an official spokesperson said.

Adrakhi Mahato caste of Bihar is one such community, whose inclusion in the central list of OBC for Bihar was approved today.

Similar changes have been approved for inclusion as well as amendments in the names of castes and communities in the OBC's central list for Chhattishgarh, Haryana, Himachal Pradesh, Jharkhand, Karnataka, Rajasthan and the Union Territory of Daman and Diu.

The new additions will be made public after the Ministry of Social Justice and Empowerment issues a notification in this regard. The ministry will, for the first time, notify the central list of OBCs for Chhattisgarh and Jharkhand, and also make amendments in the list in respect of four states Haryana,

Himachal Pradesh, Karnataka and Rajasthan and Union Territory of Daman and Diu.

NCBC had also approved a proposal to include the Gada caste of Uttar Pradesh in the central list of OBC for the state, the sources said

Source: PTI© Copyright 2021 PTI. All rights reserved. Republication or redistribution of PTI content, including by framing or similar means, is expressly prohibited without the prior written consent.
Related News: National Commission for Backward Classes, OBC, Rajasthan and Union Territory of Daman, Bihar, Ministry of Social Justice
SHARE THIS STORY
Print this article 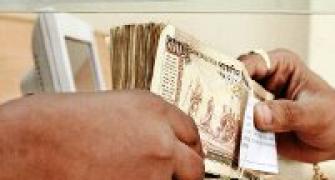