The central government on Tuesday reacted cautiously to the special court's verdict on the Godhra train burning case, saying the law will take its own course.

"The courts of law will take their own course...there are processes involved because definitely there will be an appeal filed in the high court. Therefore, it is premature to comment on this," Law Minister M Veerappa Moily told media persons in New Delhi.

He said it is necessary that those who are behind the incident are punished.

"Of course nobody can block the process of the courts of justice," he said.

Asked to react on the acquittal of main conspirator Syed Hassan Umarji, Moily said as a law minister he could not comment on the judgment of a sessions court.

"If there is any case, it is for the high court to interfere, not for me," he said.

Thirty-one people were convicted by a special court in Ahmedabad in the Godhra train burning case while 63 were acquitted.

Home Minister P Chidambaram said he would not like to say anything on the issue before going through the judgment.

Minorities Affairs Minister Salman Khurshid it was important to understand the "reasoning" behind the judgment.

"How can we say the verdict is good or bad without understanding the reasoning," he said.

He, however, added that the series of events surrounding the incident have often raised question marks on the level of confidence in the state government.

"Only time will tell whether the verdict will help increase the level of confidence," he said. 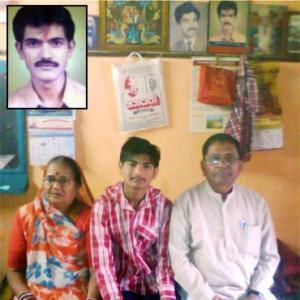