Former Gujarat Minister Amit Shah on Tuesday accused the Central Bureau of Investigation in the Supreme Court of acting with a "malafide design" to seek his police custody again by filing a separate charge sheet in the Tulsiram Prajapati fake encounter case.

He told the apex court that despite putting on record in the Soharabuddin Sheikh fake encounter case that Prajapati's killing was "inter-connected" and "integral part of the conspiracy hatched as a part of the same transaction," the CBI took a contrary stand in its charge sheet in the Prajapati case, filed last November.

"The CBI stand is a malafide design to seek police custody of Shah a second time. That is the whole purpose of taking two stands," his counsel Mahesh Jethmalani submitted before a bench of justices P Sathasivam and B S Chauhan.

"The CBI had said both Sohrabuddin Sheikh and Prajapati killings are inter-connected and part of the same transaction. If that is so, the trial has to take place together," he said and added that contrary to that stand, the agency filed a separate charge sheet and called Prajapati's encounter as a part of a different conspiracy.

Shah, was arrested by the CBI on July 25, 2010 and had spent over three months in Sabarmati Jail in Ahmedabad in connection with the Sohrabuddin case, the trial of which has been shifted to Mumbai court and the apex court had given liberty to the CBI to seek permission for transferring the Prajapati case also there.

The advocate said the agency had maintained in the chargesheet and status report of probe in the Sohrabuddin case that Prajapati was gunned down because he was the eye witness in the case of killing of Sohrabuddin and his wife Kauser Bi in November 2005.

Shah has challenged the filing of separate charge sheet by the CBI in case of Prajapati's killing.

He had argued that the charge sheet filed in the Prajapati murder case should be treated as second supplementary chargesheet in the Sohrabuddin Sheikh's murder case.

The CBI, which has named Shah and 19 others in the chargesheet, has accused them of committing offences of murder, criminal conspiracy, destruction of evidence etc.

The special court, while accepting the charge sheet, had kept the issue of taking its cognisance pending.

Shah, who is also the key accused in the killings of Sohrabuddin and his wife Kauser Bi, has been named accused number one and the kingpin of the conspiracy in the fake encounter case of Prajapati, who was killed near Chhapri village near Danta in Palanpur on December 28, 2006.

The CBI has said Prajapati was a witness in the Sohrabuddin case and his killing was part of a larger conspiracy in which Shah, as the then head of the state's police administration, was involved.

Sohrabuddin and his wife Kauser Bi were allegedly abducted from Hyderabad by the Gujarat Anti-Terrorist Squad and killed in a fake encounter near Gandhinagar in November 2005.

Prajapati, said to be Sohrabuddin's accomplice, was also subsequently eliminated by ATS because he was an eye witness to the couple's killings, the CBI had said.

Shah had to quit as minister from the Modi government in July 2010 after having been slapped with kidnapping and murder charges in the fake encounter killing of Soharbuddin and his wife.

The court on November 27 had refused to lift the stay on criminal proceedings against Shah in the Prajapati case. 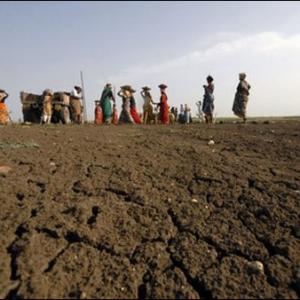 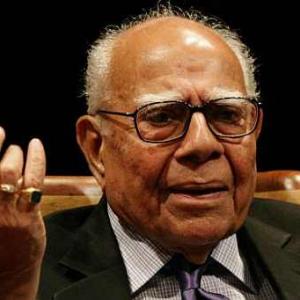