Yielding to pressure, Uttarakhand government on Wednesday ordered a Central Bureau of Investigation inquiry into the death of Swami Nigamanand, who had been on fast for about four months protesting illegal quarrying and mining in the state, amid allegations that he was poisoned.

"Chief Minister Ramesh Pokhriyal Nishank has decided to hand over the inquiry related to the death of Swami Nigamanand to CBI", said Devendra Bhasin, the media adviser to the state government.

Nigamanand, who died in a hospital on June 13, was on fast since February 19 demanding immediate halt to illegal quarrying in the Ganges and shifting of Himalaya stone crusher from the Kumbh area.

The CBI inquiry came after pressure on the state government from various quarters. Swami Nigamanand's family members, Uttarakhand Governor Margaret Alva, the Congress, which is in the opposition, and sadhus of Matri Sadan ashram have all been demanding a thorough probe.

The government had on Tuesday asked the CB-CID to probe the seer's death but Congress rejected it alleging the state government was working under pressure from quarrying mafia.

Earlier in the day, State Urban Development Minister Madan Kaushik told reporters that the government was willing to for a CBI probe if the Matri Sadan ashram and family members of Swami Nigamanand want it.

Stating that though the postmortem report of Nigamanand stated coma, septicaemia and degenerative brain disorder as the cause of death, and his viscera has been preserved for further forensic examination, Kaushik said the government can also facilitate another sample of his viscera for the satisfaction of his ashram and family.

In Darbhanga, the family members of Swami Nigmanand demanded a thorough probe into the circumstances leading to his death and accused Uttarakhand government of insensitivity towards him. 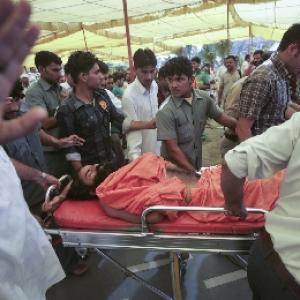 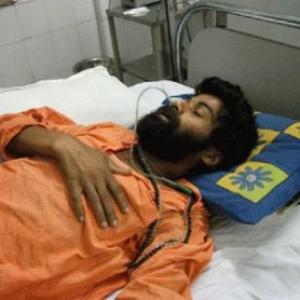 'Nigamananda slipped into coma after he was poisoned'