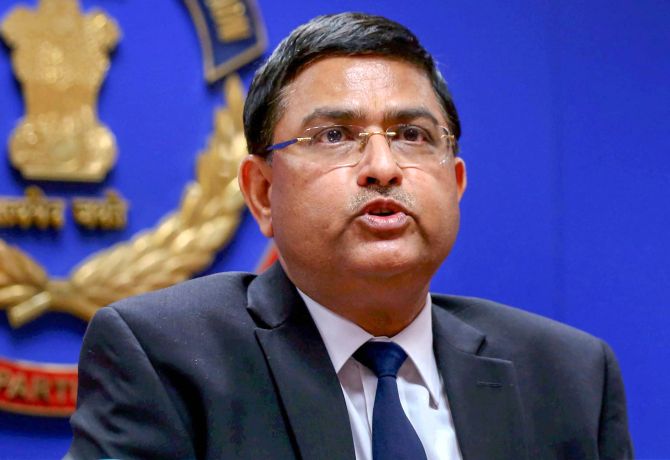 The Central Bureau of Investigation has overhauled the team probing allegations of corruption against its former Special Director Rakesh Asthana, bringing in completely new faces, officials said on Wednesday.

Changes have been effected from the investigation officer to the supervisory level, they said.

M Nageswar Rao, who took over the duties and functions of CBI director late on Tuesday night, appointed Satish Dagar as superintendent of police to probe the case, they said.

His first supervisor will be Deputy Inspector General (DIG) Tarun Gauba, who investigated the Vyapam cases.

At the joint director-level, V Murugesan has been brought in. He will hold additional charge as joint director, Anti Corruption-I, in the CBI headquarters.

The Supreme Court had reposed faith in Murugesan in the coal scam probe, officials said.

The previous investigating officer, Deputy SP A K Bassi, has been shunted to Port Blair in 'public interest' with 'immediate effect', they said.

Asthana had alleged in his complaint to the Central Vigilance Commission that Bassi was carrying out 'roving inquiries' against him on the directions of Alok Verma, the CBI director who has been divested of all powers by the government along with him.