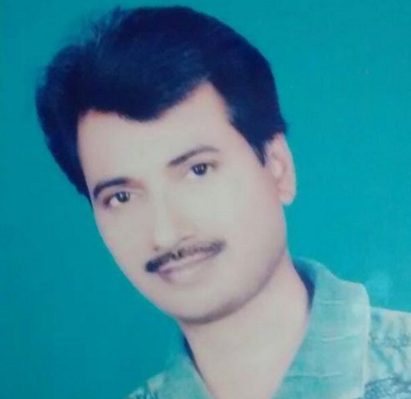 The Central Bureau of Investigation has taken over investigations in the murder of journalist Rajdeo Ranjan as it registered a case on Thursday against unknown assailants.

The move comes four months after the Bihar government recommended a CBI into the murder of Ranjan, bureau chief of Hindustan--a Hindi daily.

A team of agency sleuths will leave shortly for Siwan, the sources said.

The sources said name of former Rashtriya Janata Dal MP Shahbuddin who has been released recently on bail was under the scanner of the Bihar police which was probing the case till recently.

The case has again come into limelight as a photograph appeared of absconding suspects Mohammad Kaif and Mohammad Javed with Shahbuddin after his release from Bhagalpur jail on Saturday last on bail granted by Patna high court.

They said it is suspected that the killing was the handiwork of some influential persons.

CBI sources said they have taken over the investigation in the murder case which has been registered under the IPC sections related to criminal conspiracy, murder and arms act.

According to the rules, the CBI takes over same FIR which has been registered by the state police. However, the sources said, the investigation of the agency are completely free and it may arrive at any conclusion which may or may not be in concurrence with the state police.

"The Central Bureau of Investigation has registered a case under section 302, 120-B, 34 of IPC and section 27 of Arms Act against unknown assailants relating to alleged murder of senior journalist Rajdeo Ranjan on the request of the Bihar government and further notification from the government of India," CBI Spokesperson said.

She said the CBI has taken over the investigation of the said case which was earlier registered vide FIR no. 362/2016 dated May 13, 2016 at Police Station Siwan town, Bihar on a complaint from wife of deceased.

The state government had issued a notification requesting the CBI to take over the investigation of the murder case on May 16.

In another development, a court in Siwan on Thursday ordered attachment of property of Mohammad Kaif.

Chief Judicial Magistrate Arvind Kumar Singh accepted the police prayer and ordered attachment of property of Kaif, an alleged sharpshooter who has been absconding, in the case of 'rangdari' (extortion).

Kaif is a resident of Dakshin Tola locality of Siwan.

Kaif alias Bunty is a suspect in the killing of scribe Rajdeo Ranjan on May 13 in Siwan and was reportedly absconding along with Mohammad Javed.

Siwan Superintendent of Police Saurabh Kumar Sah said till Wednesday the force was preparing to move the court for property attachment order against Kaif for allegedly killing Ranjan and an old case of extortion, but after the CBI formally took over the journalist murder case today, the prayer at the court mentioned only the extortion case.

Kaif gave the police the slip and gave an interview to a private TV channel at an undisclosed location on Wednesday in which he pleaded innocence.

Though Kaif has claimed that he is a cricketer and ran a cricket academy for youngsters, police records said his name figured in FIRs in five cases related to kidnapping, dacoity and sexual harassment. 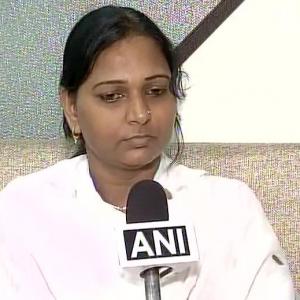 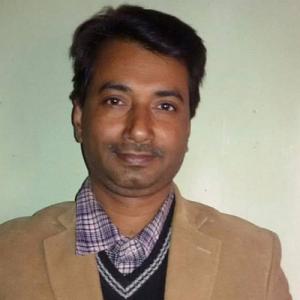