The Central Bureau of Investigation on Monday arrested senior IAS officer and Andhra Pradesh Principal Home Secretary B P Acharya in a case related to alleged irregularities in land transfer and sale of villas and apartments in a township in the state.

The township has been jointly developed by the state-run Andhra Pradesh Industrial Infrastructure Corporation and Dubai-based infrastructure firm Emaar.

A 1983 batch IAS officer of Andhra Pradesh cadre, Acharya, who was the then managing director of the APIIC, has been named by the agency in the FIR and his residences were searched in August last year.

He was called for questioning at the CBI office in Hyderabad and was later taken into custody, agency sources said,

Recently, the CBI has arrested Sunil Reddy, considered to be a close aide of Kadapa Member of Parliament Y S Jagan Mohan Reddy, in connection with the case.

The CBI on August 17 registered a case against Acharya and the real estate developer on instructions of the state high court under IPC sections pertaining to cheating, criminal conspiracy and provisions of Prevention of Corruption Act.

The case relates to alleged dilution of APIIC equity from 49 per cent to 26 per cent in the land development project in Manikonda, Hyderabad, which was being developed jointly by the Corporation and Emaar.

It has also been alleged that villas and apartments were shown under-priced in the documents causing losses to the exchequer, CBI sources said.

The agency has so far made three arrests including that of Acharya in the case. 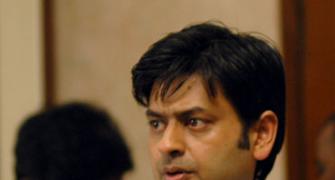 Why did Manish Acharya have to die so young? 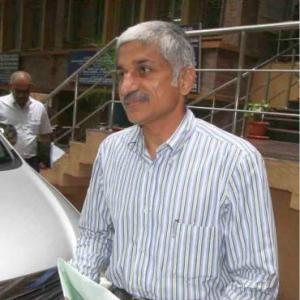 Jagan's close aide Vijay Sai arrested, is he next in line? Why Kushwaha MATTERS for the BJP in Uttar Pradesh