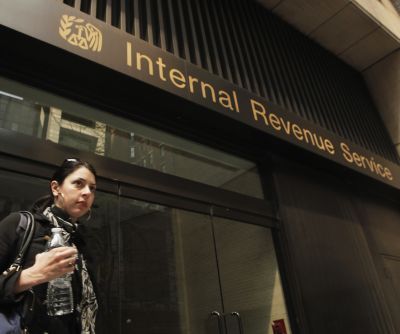 On January 29, a woman (who does not want to be named for this report) in the New York-New Jersey-Connecticut tristate area received a call from a person who said she owed money to the Internal Revenue Service -- the United States government agency responsible for tax collection and tax law enforcement -- and faced arrest if she failed to pay up.

She immediately paid $10,000 (around Rs 6.2 lakhs), only to realise later that she had been the victim of a telephone scam.

Since Thumpayil was aware of the telephone scam where scammers pose as IRS officials, he parried their questions and refused to pay.

A week later he got another call. This time it was for his wife and they agreed that he could answer for her.

When the scammers said the sheriff's deputies would arrive soon to arrest him and his wife, Thumpayil challenged them and after a few abusive words, they hung up.

She said her relative, a 35-year-old lady -- the sole breadwinner in her family since her husband is disabled -- received a phone call on her land line at 7.30 am.

The caller identified himself as Frank Jackson from the IRS.

"He claimed that my relative owed an excess of $7,000 (around Rs 4.35 lakhs) in back taxes and that she needed to speak to the litigation department, specifically an IRS agent named Kevin Peterson," Karuna said.

He said she had been mailed documentation in November.

Since she had been traveling for most of December, the lady was unsure how to verify it.

The scammers informed her that she had no legal course of action left because she had passed the deadline.

They asked her repeatedly if she had any prior convictions or felony charges. When she said no, they said she could pay off her back taxes immediately with a penalty charge of $2,900 (around Rs 1.80 lakhs) in tax pay vouchers.

They informed her that the vouchers were available at Walmart, and other stores. They told her to stay on the line the entire time and asked her for her cell phone number.

They also informed her that she could not speak to anyone about this deal.

When the lady arrived at Walmart they asked her to look for 'Moneypak Cards'.

Walmart didn't have them, so they told her to go to the bank, withdraw $10,000 cash and then go to CVS and buy a Money Pak card.

When she came home at noon, the harried lady told a neighbour about the episode. The neighbour immediately suspected foul play.

When the scammers called her again she handed the phone to the neighbour who questioned them. They immediately hung up. The two then called the police.

The Parsippany, New Jersey, police last year warned the Indian community about the scam and asked them to be vigilant.

Police chief Paul Philips explained the modus operandi: "In May, a victim was led to believe that he was under investigation for violating federal and state tax laws, and he subsequently paid approximately $4,000 (around Rs 4.9 lakhs) to settle out of court and avoid arrest."

"He later learned he was the victim of a scam. Two similar incidents occurred in June," Philips said.

In all the instances, the caller targeted Parsippany residents of Indian descent and led them to believe that they were in trouble with the government and sought money to 'rectify' the situation."

"They get scared when calls come from the FBI (Federal Bureau of Investigation) or IRS. Rather than find out the caller's identity, they try to pay money through wire transfer," Shah added.

Vasant Tanna, a resident of Piscataway, complained to the police after he got calls from the scammers last September.

Tanna, a telecommunications engineer, did not pay though the scammers threatened him and his wife.

Protect yourself from fraud:

In the event of fraud you may contact the police, call 911 or report it to:

Image: A woman walks out of the IRS building in New York City. Image used only for representational purposes. 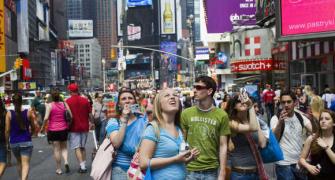 US explores treaty to nail tax defaulters in India 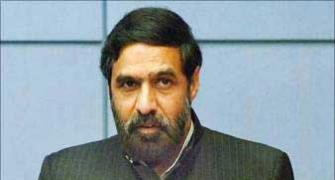 Abolish social security tax for pros: India to US 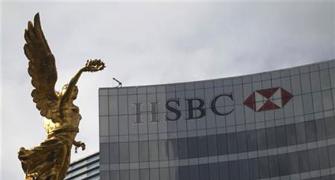 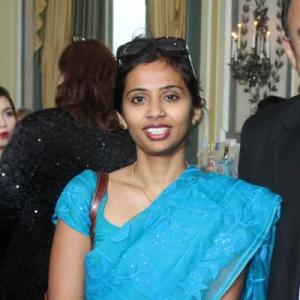 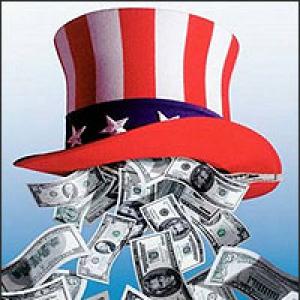 Indians in US discuss tax woes with IRS