Afghan nationals, who arrived in Delhi on an Air Indian flight from Kabul on Sunday, expressed concerns about the safety and security of people back home, saying the situation is 'really bad' in Afghanistan. 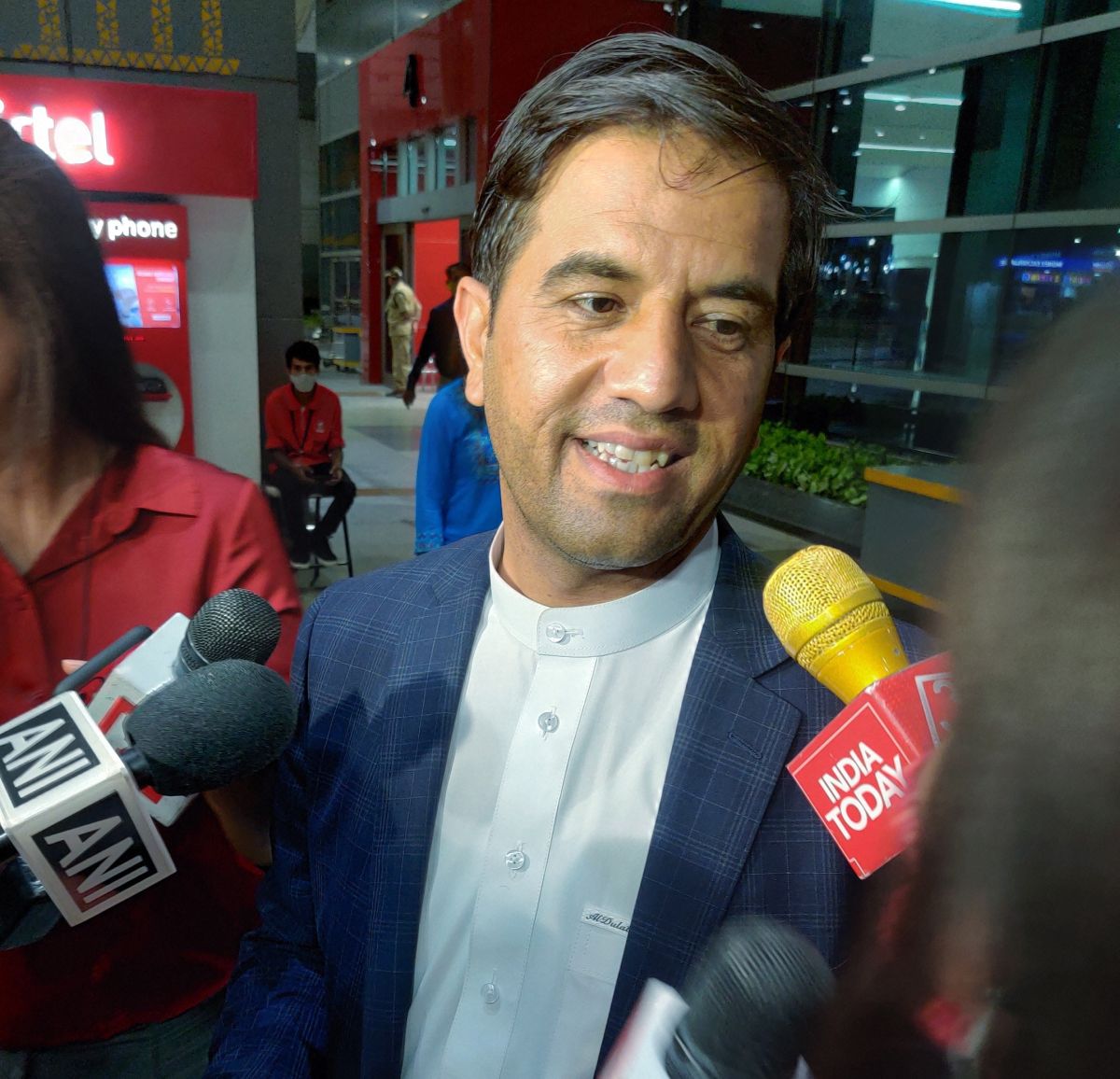 IMAGE: A man interacts with media after returning from Afganistan through a special flight at New Delhi airport on Sunday, August 15, 2021. Indian Government had advised its nationals in Afghanistan to return owing to the deteriorating situation there. Photograph: PTI Photo

A woman who arrived in Delhi from Kabul broke down at the Indira Gandhi International Airport.

"I cannot believe the world has abandoned Afghanistan. Our friends are going to get killed. Taliban are going to kill us. Our women are not going to have any more rights," she said.

Many Afghan students who study in India arrived in Delhi on Sunday by Air India flight from Kabul.

"People were rushing to banks. I did not see any violence but I cannot say that there was no violence. My family is in Afghanistan. My flight was pre-planned. Many people left Kabul," Abdullah Masudi, a BBA student of Bengaluru, who arrived in Delhi from Kabul said.

Besides the common citizens, there were several Afghan politicians and officials who arrived in Delhi on Sunday.

"There is calm in most parts of Afghanistan. Almost all political persons like ministers have left Kabul. Around 200 people have come to Delhi. I feel this is new Taliban that will allow women to work," said Rizwanullah Ahmadzai, senior advisor to Afghan President in Public Health Affairs who arrived in Delhi.

Afghan MP Abdul Qadir Zazai who also arrived in Delhi on Sunday said Pakistan is one of the close supporters of the Taliban.

"There was a peace agreement between the Afghan government and the Taliban. It was just a handover process. Now the situation is calm in Kabul. Pakistan is one of the close supporters of the Taliban. My family is still in Kabul," Zazai said.

Member of Parliament from Paktia province in Afghanistan, Sayed Hassan Paktiawal who reached Delhi said the situation in the country is very bad.

"I do not want to leave the country. I came here for a meeting. I will go back to Afganistan. The situation is really bad there, especially tonight is really bad," he said.

The Afghan refugees staying in different pockets of Delhi are worried over developments back home.

"Leaders are running away and civilians are facing hardships. I have spoken to my friends who told me that the Taliban have entered Kabul. Recently I have lost my cousin due to this war," Hidayatullah who stays in Jangpura said.

Another Afghan national Abdul Kazir said, "My relatives live in Herat. Everything is shut there. There is no peace. Women and girls are not allowed to go outside without wearing Chadaree. We want independence."

Afghan women staying in Delhi said they are concerned about the rights and freedom of women in Afghanistan.

"The situation is really dangerous there. We do not want to wear Chadaree. I want freedom. I am not able to sleep and eat in peace," Arifa, an Afghan national said.

Afghan students who are studying at Kozhikode Farook College under Calicut University in Kerala are much worried about their nation's plight. 14 students are studying in the college in various disciplines.

Afghanistan government collapsed on Sunday with President Ashraf Ghani leaving the country and the Taliban's entry into the capital. 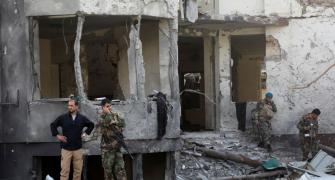 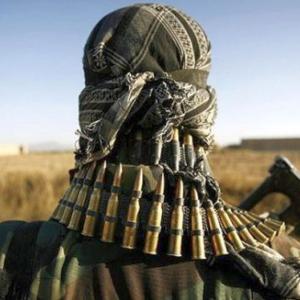