The government was "forced" to suspend 12 opposition MPs from the winter session of Parliament for "misbehaviour", related to the events of August 11, the last day of the previous session, but will consider revoking the suspension if they apologise, Parliamentary Affairs Minister Pralhad Joshi said on Tuesday. "To maintain dignity of the House, government was compulsorily forced to place this proposal of suspension... But if these 12 MPs apologise to the Speaker and House for their misbehavior, the government is ready to consider their proposal positively with an open heart," he said.

Joshi also said that the government planned to introduce "important bills" in the House in this session, and called on the opposition to "allow... a healthy discussion".

"The government is ready to debate every issue, as per rules, and answer every question. Many important bills are to be introduced in the House... I once again appeal to all the parties to allow the House to function and have a fruitful and healthy discussion on all these bills," he said.

According to the government sources, Joshi on Monday wrote to Rajya Sabha chairman Venkaiah Naidu seeking action against the MPs.

Sources said he also referred to other incidents of "unruly behaviour" witnessed during the session by opposition members.

According to the letter, during the 254th Session of Rajya Sabha (Monsoon Session, 2021), Rajya Sabha witnessed that certain members continuously resorted to deliberate provocation by rushing and sloganeering in the well of the House and in one of the instances Dr Santanu Sen (AITC) snatched the papers from Ashwini Vaishnav, who was to make a suo motu statement in the House on July 22, tore them into pieces and flung the same on Chair, for which he was rightfully suspended for the remaining part of the 254th session.

Sources said the letter stated that "sloganeering, whistling, clapping, dancing and obstructing the Chair and holding placards was a common recurrence in the House" and "on many occasions, even the Secretary-General was obstructed from performing his duties".

The letter also alleged that Arpita Ghosh, one of the suspended former TMC MP, even broke the glass pane of a wooden door of the Rajya Sabha, "lowering the dignity and prestige of the House and maligning the democratic values established by our freedom fighters, Constitution makers".

"This barbaric act that caused neck injury to a female Parliamentary Security Staff. Not satisfied with their shameful and contemptuous behaviour, some MPs even recorded this shameful act and uploaded it on social media handles," the letter said, according to sources.

It also alleged by the government that Aam Aadmi Party leader Sanjay Singh, Congress MPs Pratap Singh Bajwa and Ripun Bora brazenly climbed on the table which is not simple furniture of wood, but a sacred platform, right near the presiding officer's chair and even resorted to breaking mikes and hurling files towards the Chair.

The sources said that on August 11 i.e., the last day of the Monsoon session, some members "crossed all the limits of parliamentary decorum and decency during the discussion on General Insurance Business (Nationalization) Amendment Bill, as Dola Sen (TMC) made a noose out of a scarf and put it around the neck of Shanta Chhetri (AITC) while rushing into the well of the House and resorting to rhetorical sloganeering".

Sources said that Elamaram Kareem (CPM), "in his sheer frustration, physically assaulted and tried to asphyxiate a marshal on duty. Congress MPs Phulo Devi Netam and Chhaya Verma have also pulled, dragged and assaulted a female marshal when stopped from breaking the security cordon and this criminal assault and the injury caused to the Parliamentary Security Staff".

Sources said it also suggested that a committee may also be mandated with formulating a Code of Conduct for the members of the House along with concomitant disciplinary measures for any breach. But MPs from the opposition side, except BJD, BSP and some other regional parties, did not join the move.

Rajya Sabha on the first day of its business for the Winter Session on Monday suspended 12 of its members for the rest of the current session on account of "unruly and violent behaviour" during the Monsoon Session of Parliament.

Joshi later said "if the suspended members seek apology as per the rules, then a deliberation may be done regarding the future" course of action.

The suspended MPs include six from Congress, two each from TMC and Shiv Sena and one each from the CPM and the CPI. 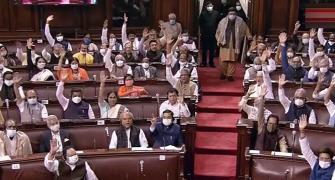 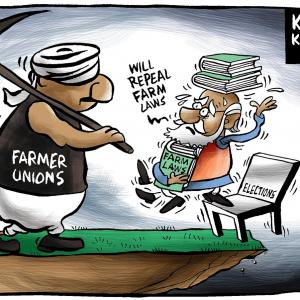