The Bombay high court on Thursday asked the counsel of former Maharashtra Chief Minister Ashok Chavan if the petition filed by Chavan seeking quashing of a First Information Report lodged by the centralBureau of Investigation in the Adarsh Housing Society scam can be heard now, since the charge sheet has been already filed in the case.

"If the CBI has already filed charge sheet in the case then what remains in this petition?" a division bench of Justices A S Oka and A P Bhangale asked Chavan's lawyer.

Chavan, who was named as an accused in the FIR filed by the CBI in January 2011 under various charges of criminal conspiracy, cheating and Prevention of Corruption Act, had approached the high court seeking to quash the FIR on the ground that the central agency does not have the jurisdiction to probe the alleged scam as neither the court nor the state government transferred the case to it.

However, the bench has posted the petition for hearing on March 15, after Chavan's lawyer Birendra Saraf sought time. Chavan and 12 others have been chargesheeted by the CBI in the Adarsh scam with the Congress leader being accused of granting approvals to the upscale housing society here as a quid pro quo for allotment of three flats to his kin.

In his petition, the former minister reiterated the stand taken by the Maharashtra government and said that the CBI does not have jurisdiction to probe the matter as the state government has not given its consent.

"CBI in the present case has transgressed into the exclusive domain of the state and the state police," the petition states. Seeking to quash and set aside the case, Chavan said he has been wrongly named in the FIR and that there is a political conspiracy to keep him out of public affairs.

He also sought the court to restrict the CBI from initiating any action against him. 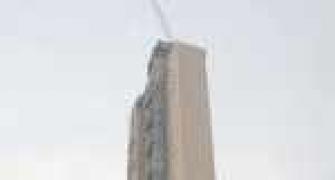 Can the Congress re-invent itself again?