Amid nationwide agitations against the Citizenship (Amendment) Act, the Congress, led by party chief Sonia Gandhi, has decided to stage a silent protest at Rajghat on Sunday afternoon demanding protection for the Constitution and the rights of people as enshrined in it. 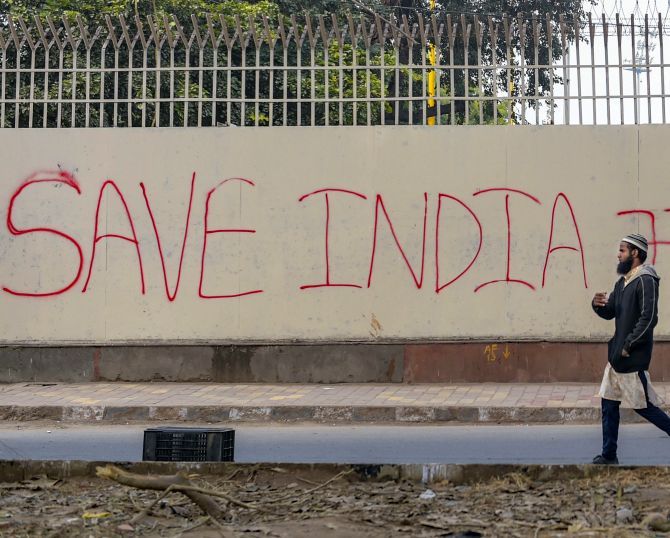 Top leaders of the party including its former president Rahul Gandhi and its General Secretary Priyanka Gandhi Vadra are likely to participate in the 'satyagrah dharna' till the evening, sources said.

The decision to hold the silent protest was taken at a meeting of top party leaders at Sonia Gandhi's residence here on Saturday evening, they said.

The sources, however, said the party was yet to get permission for holding the protest at Rajghat -- a memorial to Mahatma Gandhi.

The Congress is up against the government for using "brute" force against "silent and peaceful" protesters across the country and for "stopping" people from holding demonstrations against the new citizenship law and the National Register of Citizens (NRC), proposed to be imposed across the country.

Meanwhile, the Bharatiya Janata Party announced a mass contact programme to expose opposition parties' "lies" and apprise people of the details of the amended citizenship law to assure them that it is not against existing citizens.

The decision was taken in a meeting chaired by BJP working president J P Nadda and convened to formulate the party's strategy over the issue amid protests in various parts of the country against the new provision in the Citizenship Act and the proposed creation of a National Register of Citizens.

Party general secretary Bhupender Yadav told reporters that the BJP within next 10 days will contact more than 3 crore families, organise rally in every district and hold over 250 press conferences across the country to inform masses about the new law.

The new law seeks to give citizenship to minorities from three neighbouring countries, who arrived in India before December 2014 due to religious persecution.

He also accused opposition parties, especially the Congress, of spreading misinformation in a bid to disturb peace across the country during recent protests which have claimed several lives.

Yadav said the party will also involve beneficiaries of the amended law in its information campaign about the statute. 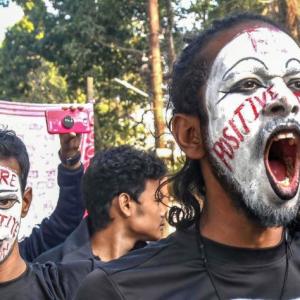