Britain's Prince Charles vows not to be a 'meddlesome' future king

Prince Charles, who is known for his candour on environmental and other issues as the heir to the British throne, has promised not to be as outspoken when he becomes king saying he is “not that stupid”. 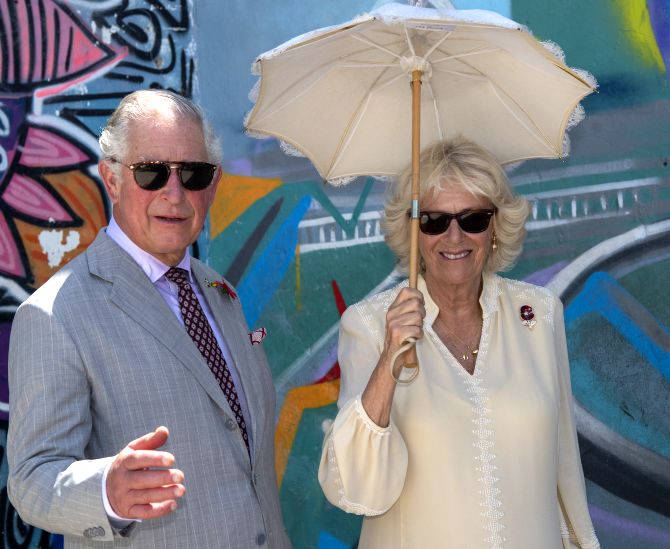 IMAGE: In the documentary for Prince Charles' 70th birthday, Camilla says that she wishes people got to see his light-hearted side. Photograph: Arthur Edwards-Pool/Getty Images

The royal, who celebrates his 70th birthday on November 14, spoke at length about how he sees the role of the monarch compared to that of being heir to the throne during a special BBC documentary ‘Prince, Son & Heir -- Charles at 70’ to be aired in the United Kingdom on Thursday night.

Asked if his public campaigning on issues close to his heart will continue when he succeeds his mother Queen Elizabeth II, he said, “No, it won’t. I’m not that stupid”.

“I do realise that it is a separate exercise being sovereign. So, of course, I understand entirely how that should operate,” he said.

The monarch’s role in Britain is expected to be neutral and apolitical, with the royal family expected to refrain from expressing very strong opinions on governmental issues.

Prince Charles has become well-known over the years for his strong views on issues such as climate change, the environment, architecture and support for young people. Applauded by some for his dedication and campaigning spirit, the royal has been criticised by others for trying to influence government policy.

When the prince, who has been the heir to the British throne since the age of four, was asked about his opinion on being seen as a “meddlesome” Prince of Wales, he replied, “Really? You don’t say. But I always wonder what meddling is, I mean I always thought it was motivating.”

He adds, “I’ve tried to make sure whatever I’ve done has been non-party political. But I think it’s vital to remember there’s only room for one sovereign at a time, not two, so you can’t be the same as the sovereign if you’re the Prince of Wales or the heir”.

“But the idea somehow that I’m going to go on in exactly the same way if I have to succeed is complete nonsense, because the two, the two situations are completely different. Clearly, I won’t be able to do the same things I’ve done, you know, as heir so of course you operate within the constitutional parameters,” he said.

The documentary-makers was given exclusive access to Charles and his family, including his sons Princes William and Harry, who pay tribute to their father as a loving and hardworking role model.

Harry, the Duke of Sussex, recalls his wedding to Meghan Markle earlier this year when Charles stepped in at the last minute to walk his bride down the aisle after her father could not attend.

“I asked him to and I think he knew it was coming and he immediately said ‘yes, of course, I’ll do whatever Meghan needs and I’m here to support you’.

“For him that’s a fantastic opportunity to step up and be that support, and you know he’s our father so of course he’s going to be there for us,” Harry said.

In the documentary, William talks about wanting his father to spend more time with his grandchildren and his wife, Camilla, pays tribute to her husband, saying that she wishes people got to see his light-hearted side.

The Duchess of Cornwall said, “He’s a very exceptional man. They see him as a very serious person, which he is. But I would like a lot of people to see the lighter side of him.” 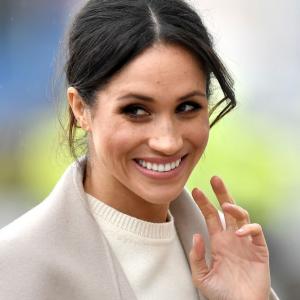 Britain's Prince Charles to walk Meghan Markle down the aisle 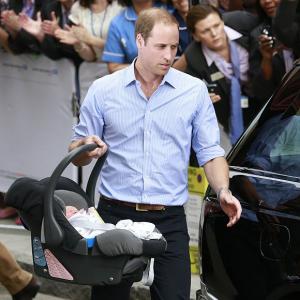 The burden of being a son, a father and a prince