Boy spins a world record, on a wheelchair

For this 18-year-old boy, his handicap is just another motivating factor. Crippled by a wrong diagnosis of his polio and its subsequent medication by a village doctor when he was just one-year-old, Gulshan Kumar has come a long way.

Today, this son of a washerman is a Guinness Book of World Records holder and has given international performances in classical dancing. And he is not ashamed of his wheelchair; rather he uses it onstage and says that the audience just forgets about the wheelchair in matter of minutes.

Gulshan Kumar holds the world record for spinning his wheelchair the maximum times in one minute.

"That is the beauty of art. People don't care whether you don't have a leg or an eye or a hand. I let my dance speak. After a few moments, they forget that I am on a wheelchair," said the surprisingly mature 18-year-old.

"It was tough. I was aware of the international competition, but I gave it my best. I spun 63 times, beating the previous French world record of 32 spins," Gulshan says proudly.

"I managed to get that kind of a lead because of the training I received in classical dancing. When I started practicing for the feat, I could consistently spin over 80 times a minute, but because of the camera and pressure on the day of performance, my spins became slow," Gulshan said.

Gulshan's parents had moved to the capital when he was just two, leaving their farm behind in a village near Lucknow to try and treat his polio. They settled in a low-key community in east Delhi, where his parents took up the business of ironing and washing clothes.

Gulshan was spotted early by renowned disabled dance theatre director and founder, Guru Syed Salauddin Pasha. He brought Gulshan, who was just a 10-year-old then, under his non-governmental organisation, Ability Unlimited Foundation, and started training him.

"It was not easy. His parents were against the idea of sending him to a dance school. I saw the boy when we set one of our camps in his area and I knew immediately that he had the potential to make it big. But his parents were completely against it because they thought dancing was an extreme physical activity and could hurt their son," Pasha says.

"It was in this place called Maltova. It was surreal. The person in charge of the lighting for the show backed off at the last minute. Guruji then stationed four cars on either side of the stage and two ambulances in front, facing the stage. When the show was about to begin, he made the cars switch on their headlights," Gulshan said.

"It is easy to get distracted when your performances are appreciated, but Guruji never lets me lose sight of my education. I just gave my class XII exam and am waiting for the results," Gulshan said.

Initially, when he joined a government school in Vivek Vihar in New Delhi, Gulshan says that students, management and the faculty ignored him. Later, his classmates and teachers started reading about him in community newspapers. Now he is a celebrity in his school!

"That is how it is. When people overcome their handicap and fear, they succeed, and the people start seeing beyond their wheel-chairs and fears. For me, every child engaged by Ability Unlimited Foundation is a world record holder because of the fears and handicaps they have overcome," an emotional Pasha said.
Sahim Salim in New Delhi
Related News: Gulshan Kumar, Pasha, Ability Unlimited Foundation, XII, east Delhi
SHARE THIS STORY
Print this article 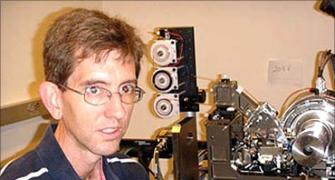 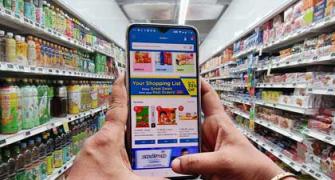 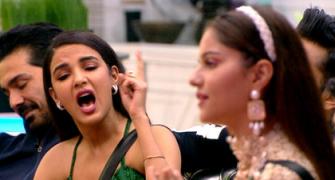 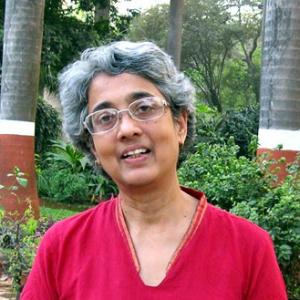 'Science needs to be studied in its social context'