A teenager was detained for questioning on Wednesday at Palghar in Thane district for posting 'vulgar' comments against Maharashtra Navnirman Sena chief Raj Thackeray and the people of Maharashtra on Facebook, said the police.

"We have received a complaint against a person that he posted some objectionable comments against Raj Thackeray on Facebook. We are questioning him as we do not want to repeat the same mistakes committed a few days ago," an officer at Palghar police station said, speaking on condition of anonymity.

The boy has not been charged and the police have sought legal opinion on the issue, he said.

Meanwhile, Kundan Sankhe, president of Thane rural unit of the MNS, has claimed the boy had made vulgar comments about Raj Thackeray and the people of Maharashtra.

"Our Thane rural district MNS student wing president Bhavish complained to the police and asked them to investigate the matter. Police are questioning that person," he said.

The incident comes close on the heels of the arrest of two girls at Palghar after one of them criticised the November 18 shutdown over Shiv Sena chief Bal Thackeray's funeral and the other 'liked' the Facebook post, causing an outrage.

Superintendent of Police (Thane rural) Ravindra Sengaonkar and Senior Police Inspector Shrikant Pingle were suspended on Tuesday for the arrest of the girls on November 19, though the charges against them are yet to be dropped.

Shaheen Dhada and Rinu Shrinivasan, both 21, were arrested after the former lamented in the shutdown in a Facebook post and the latter 'liked' it.

Palghar observed a 'successful' Shiv Sena-sponsored bandh on Wednesday over action taken against the police officers. 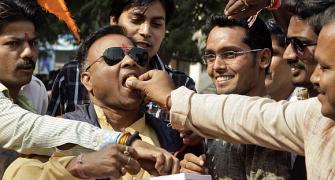 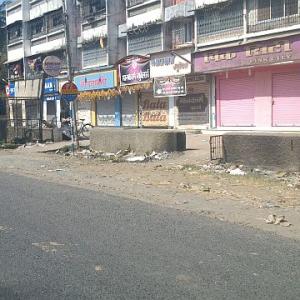