Authorities in the Bodoland Territorial Council have called for a phase-wise rehabilitation to ensure that no outsiders get rehabilitated in the area taking advantage of the adverse situation in Assam. The Assam government is in the process of rehabilitating those affected by the violence in BTC.

The state government has appealed to violence-hit inmates in relief camps to return to their villages by August 15 and have promised them tight security arrangements. However, the BTC authority wants a phase-wise and systematic rehabilitation so that no outsiders get settled in the tribal belt.

The BTC's decision is also being supported by the influential All Bodo Students' Union (ABSU). The BTC has demanded that the credentials of those in relief camps be verified first before they are rehabilitated in areas under the BTC.

A highly-placed source in the BTC said that the executive council of the BTC is apprehensive that among the large number of inmates in refugee camps, some might not have been displaced due to the violence but have come to the relief camps from areas outside the BTC to get rehabilitated in BTC areas under the prevailing circumstances.

According to the BTC accord, which was signed with the government of India, only those who used to own land in BTC areas on the day of signing of the accord ie February 10, 2003, will continue to have land rights and no non-tribal outsiders will be able to acquire land in the area after February 10.

A senior leader of the ABSU while approving the rider put by the BTC authority for rehabilitation of violence-hit, said that similar conditions were put by the ABSU for rehabilitation of violence-hit after the 2008 Bodo-Muslims clashes in Udalguri district. Then the chief minister Tarun Gogoi sought three months time to implement it, but did nothing afterwards, the ABSU leader said.

What is worrying the BTC authority and the ABSU is that some persons suspected to be illegal migrants from Bangladesh may get rehabilitated in the process and that would jeopardize the demography in the BTC area. 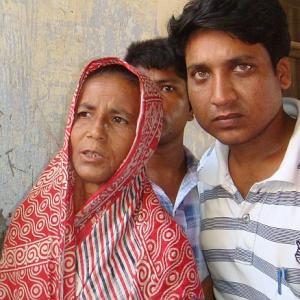 Government vows to punish those behind Assam violence